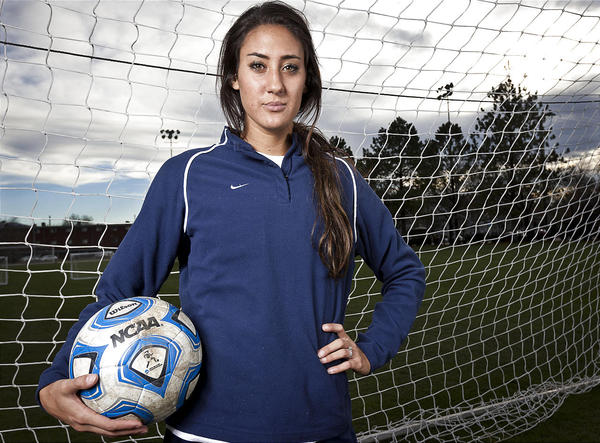 America is a nation obsessed with team sports, and not just one sport like the rest of the world who live and die for soccer, here in the United States we have a sport for every season, yet as the world is becoming a smaller place with technology connecting us ever closer together our traditional sports are feeling pressure from the world game.
The men who run the big television networks know this also which is why you are starting to see more, and more soccer matches on television with NBC betting on the sport becoming even bigger business in the United States by outbidding their rivals in order to have the exclusive broadcasting rights for all 380 English Premier League games across all platforms and devices in English and Spanish languages in the United States for three years starting with the 2013-2014 season.
NBC’s winning bid was a whopping $250 million which sounds like a great deal until you come to realize that the growth of soccer in the United States does not appear to be slowing down, and with the millions of immigrants that have come into the united States from Latin America and Asia in recent years there is already an established fan base that is only going to get bigger.
Many Americans who do not follow soccer will be surprised to read that soccer in the United States is now the number one participant sport in the country attracting more players than the traditional pass-times such as Baseball and American football.
The attraction to the game of soccer and why so many young people are starting to play it is multifaceted firstly being a team sport that is not divided by gender as both boys and girls can play, with a lot of the credit having to go to Mia Hamm and the gold medal winning team from the 1996 Olympics that had every little girl dream of growing up to play for the United States national soccer team.
The American woman’s soccer team success was not just born overnight, with the groundwork being laid down in the 1970’s thanks to the passage of the Educational Amendments of 1972, an omnibus package of changes to the landmark Education Act of 1965. Title IX of these amendments mandated equal access and equal spending on athletic programs at college institutions.
As a result, college varsity soccer programs for women began to be established at dozens of colleges and universities throughout the country. This combined with the accelerated entrance of girls into the burgeoning recreational sports programs provided numerous new opportunities for female athletic participation, and provided the talent pool for the new college teams.
Today soccer is a sport, that more and more parents are pushing their children to play as it is a game that can be played almost from the time a child is old enough to kick a ball, which is in fact a natural occurrence in any child, just put a ball in front of them and they will kick it.
Secondly the costs are very minimal compared to other sports as all you need is a ball and some ground to kick it around on.
We have also seen a dramatic increase in the number of boys that are now playing soccer instead of the traditional sports as size and strength do not come into it, with much less chance of a child being injured than in say a game of American football.
Just about any college in the country now has a soccer scholarship programme that a talented high-school athlete can apply for, and it is not just for athletes that are looking to go on to play professionally over in Europe or in the rapidly expanding MLS here in the United States where soccer is going to continue to grow no matter what until the citizens of the United States will have a men’s national team that can win the World Cup.
There will be plenty of opportunities for people that want to get into coaching at all levels, sports medicine, and even soccer journalism as America learns to love what the rest of the world calls the “beautiful game”.
Just to give you an example of how the game is going to develop in the United States just have a look at this video from CBS news 60 minutes reporter on a recent trip to Barcelona to see how one of the top teams in the world develop their players.