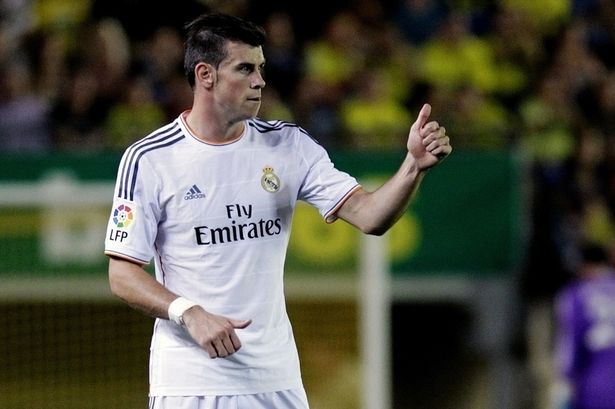 Real Madrid president Florentino Perez is claiming that Manchester United had made a bid for Gareth Bale before the Welshman moved to Real Madrid for a new world record  fee of 100€ million.

The former Tottenham winger moved from to Spurs to the Spanish capital earlier this month scoring on his debut after coming on as a substitute against Villarreal.

Bale has yet to make his home debut at the Santiago Bernabéu after injuring his thigh during training before the match against Getafe which los Blancos went on to win 4-1.

He is expected to be fit enough to play next weekend against fellow Madrid side Athletico.

Perez when speaking to SER radio said that he thinks the price the club paid for the 24-year-old Bale was a bargain.

He said: “Bale has come cheaply.

“Signing the best players out there is Madrid’s philosophy and Bale was the best available player on the market this summer. We had been following him for two years.

“Tottenham did not want to sell. We learned that Manchester United had made an offer and we made one ourselves.

“Since childhood he had had the dream of playing for Real Madrid and he asked us to make it possible for him to come.”

While the Bale transfer seemed to take ages to come to fruition there was also talk that Cristiano Ronaldo may want to return to Manchester United, but the Portuguese striker has since signed a new contract that will see him finishing is playing career with the Spanish giants.

Perez said: “The renewal of Cristiano Ronaldo has been easy – he is determined to finish his career at Real Madrid. Cristiano never spoke of money with me.”

Perez also denied that Mesut Özil was forced to leave Madrid saying: “It was the father of the player who made contact with Arsenal. No-one leaves Real Madrid if they don’t want to go.”