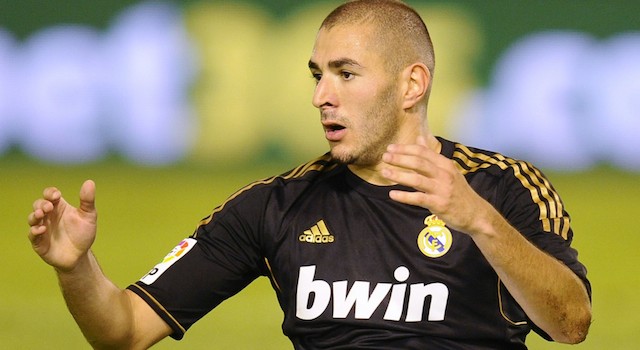 A huge allegation has been made by Belgium website Sud Info claiming that Real Madrid striker Karim Benzema paid a Belgium transsexual prostitute just over $10,000 for two nights.

The sexual exploits of the French international were very much in the public eye after both he and fellow French teammate Franck Ribery were accused of having sex with and underage prostitute Zahia Dehar.

Even though the court case is yet to start Benzema is now faced with fresh allegations from 29-year-old Victoria Dorval who used to be known as Johnny.

Johnny who became Victoria five years ago claims that she not only had sex with Benzema but also a rapper friend of his called Booba. She claims that after meeting the French striker with his friend Zahia Dehar, “He wanted us to meet. He offered me 2,000 euros. I finally agreed.”

The Real Madrid star then contacted Victoria again, but this time she had raised her fee to $7,800.

“He knew about my surgery, but he told me that it did not bother him. Instead, he said it was even better, ‘I had a physical young woman.’”

Victoria also claims that Booba get in touch with her again saying: “He wanted to spend the night with me, it cost him 3,000 euros. His manager made ​​me sign a contract forbidding me from talking about that night in the tabloids.”

“And then, of course, they [Benzema and Booba] both denied it. They are embarrassed to have used paid sexual services and, more importantly, with a transsexual. Personally, I’ve never told the French press, there is even a video circulating on the net where I was interviewed and said that I do not wish to make any comment.”

Victoria claims she is only talking about in now that the story has leaked out in France.