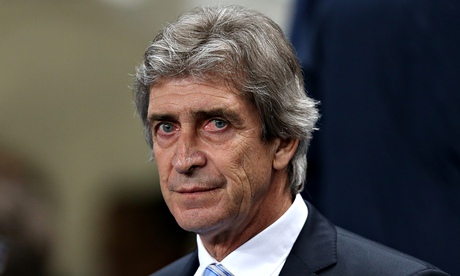 Manchester City manager Manuel Pellegrini has said that City will not travel to Anfield on Sunday looking to come away with a draw, but will be going all out to stamp their authority on this seasons Premiership title race.

Despite having two games in hand and knowing that if they won their final games a draw at Anfield would be enough to win the title City boss Pellegrini says they are going to go all out to beat the free scoring Reds as there is no room for caution telling Sky Sports: “Maybe I am wrong but I always think in the same as a manager – if you play to draw, you will lose.” he said.

“So we are going to play to win. Of course, after the game, if we couldn’t win the game and we draw it’s a good result, but we are not going to play against Liverpool thinking we must draw.

Liverpool top the league with goals scored on 90 with more than half coming from the strike partnership of Sturridge and Suarez while City are second in the table with 84 goals a respectful tally that has not gone unnoticed by the City manager.

“That’s why I think Liverpool have a lot of merits in the year they are having so far, because they are an attractive team and they always score.

“Maybe I also am wrong, but I prefer important teams, big teams, than those that just want to win 1-0 and give all the possession of the ball to the other team, score one goal and always defend during 90 minutes.”

Yet while Pellegrini says he prefers this kind of play he knows it can lead to consequences.

“We tried from the beginning of the season to play attractive football and be an offensive and creative team,” Pellegrini said.

“I think the best way to win games is to score goals. But on the other side maybe at the beginning we conceded too many goals.

“In the second half of the season we have improved in defence and are at the moment a very balanced team.”