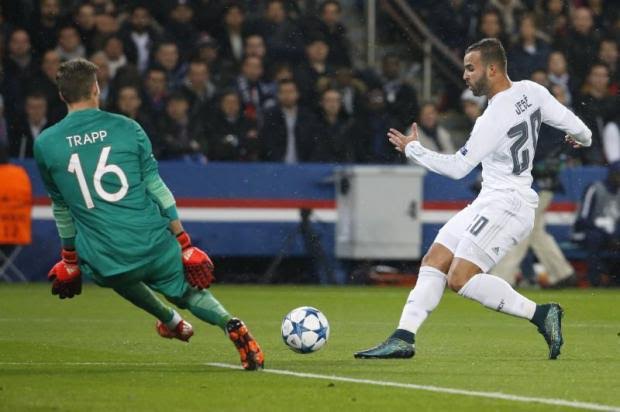 Italian Serie A side Napoli has stepped up their interest in Real Madrid forward Jesse after sending scouts to watch the 22-year-old in action against Paris Saint-Germain in the Champions League last week.

Despite publically insisting that he is happy at the Santiago Bernabeu he is having a hard time getting into trainer Rafa Benitez’s first team and could be persuaded to leave in January should the right offer be put on the table.

Premiership sides Liverpool and Arsenal have also been tracking the Real Madrid Academy youth player with an eye to bringing him to the Premiership, but for the moment at least it would appear as though Napoli could have the upper hand with reports suggesting that manager Maurizio Sarri has made the Spaniard his number one January transfer window target.