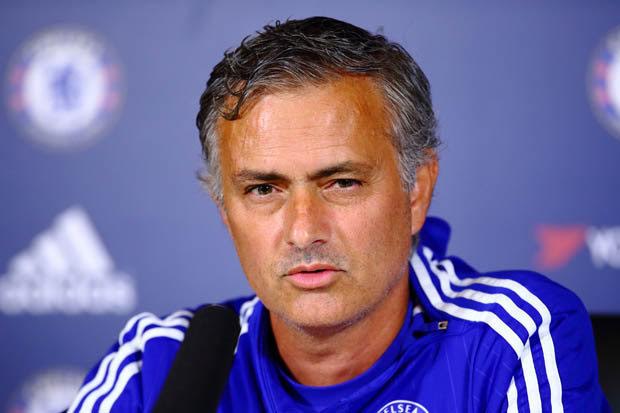 A furious Chelsea boss Jose Mourinho threatened to walk out of a press conference when he was asked about the axing of club doctor Eva Carneiro.

The Blues boss was walking away before Chelsea’s head of communications; Steve Atkins convinced him that he should stay.

Once seated back before the press the Portuguese manager did hand out an olive branch while suggesting that Carneiro and first-team physio Jon Fearn will once more be allowed back on the game day bench.

Mourinho was angry when last weekend when his team already down to ten men following the sending off of goalkeeper Thibaut Courtois, was reduced to only nine players, when Carneiro and Fearn rushed on the pitch to treat Eden Hazard for an injury, Mourinho deemed to be not that serious.

And while Mourinho knew his press conference was about the weekend clash with Manchester City, he had to expect questions about his decision to ban the club doctor from the game day bench.

“Probably there are some people here who don’t even like football,” he said.

“Jon Fearn and Dr Caneiro will not be on the bench.

“If you want to speak with me about football, I’m here.

“But if you want to speak about other issues, I am not here.”

Later he was asked about his actions over Carneiro and Fearn, who were just doing the job Chelsea paid them for.

“Don’t make me another question or I go,” said Mourinho as he started to lose his cool.

“Think twice before you ask the question.”

“Now I go, have a good weekend,” he said, before Atkins persuaded him to stay, saying: “Jose, give it one second.”

“Let’s talk about Man City or I go,” said Mourinho as he returned.

But then he went off on a tangent talking about player’s health.

“The player is more important than the result, the manager and the referee,” he said.

When then asked if he had questioned Hazard why he asked for treatment, Mourinho blew the question off saying: “I don’t want to discuss it, that’s my problem.”

He also confessed that he made mistakes.

“I’m open to critics, I make mistakes,” he said.

The Blues boss then went on to say why he thinks they have started the season slowly, following the Community Shield loss to Arsenal.

“We chose to give the players a proper holiday, one month’s holiday,” he said.

“Last year we started early and we had a fantastic start. We paid for that quick start at the end of the season. We were tired.”

Mourinho also said that he had nothing to do with City boss Pellegrini.

“I don’t have have any relationship,” he added.

“But if I walk in Sloane Street and I see him, I don’t run away from him. I tell him ‘hello what you doing here?’.”