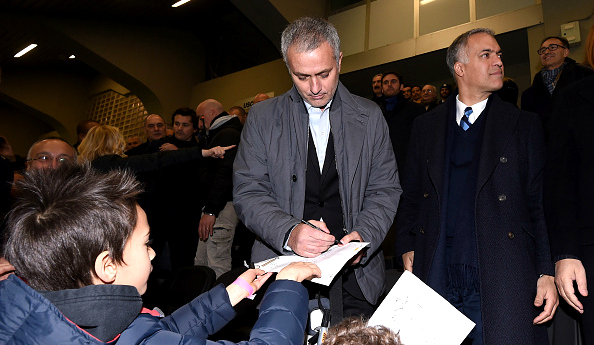 As manager in waiting Jose Mourinho watches this afternoons clash between Manchester United and Arsenal at Old Trafford the 53-year-old former Chelsea boss will be well aware of the Red Devils defensive frailties and is already drawing up a list of potential targets he would like to sign when he takes over from Louis van Gaal.

According to Spanish football newspaper SPORT the “Special One” already has a list of five names he is prepared to target in the hope of turning Old Trafford back into a ground where visiting teams are afraid to play.

Quite a list of strong defenders in anyone’s book, that no Manchester United fan would complain about seeing arrive at the Theatre of Dreams.

The only question that remains now is how long fans will have to wait until Mourinho takes over.

One camp suggests it will be at the end of the season, while the other claims it will be when it is no longer mathematically possible for United to qualify for the Champions League as was the case when the club fired David Moyes.