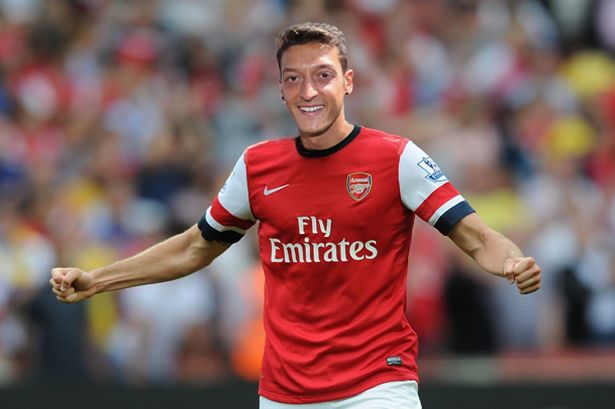 Arsenal manager Arsene Wenger has admitted that summer signing Mesut Özil has found it difficult his first year in England while trying to deal with the gruelling physical nature of the Premier League yet the Gunners boss predicts next season the young German will shine while living up to his true potential.

Özil has been side-lined for five weeks with a hamstring injury but Wenger is hoping to have him back for Sundays trip to Hull City, and while he still has a few games and an FA Cup final to make an impact in Wenger feels that next season fans will see the real deal.

“He is a fantastic football player,” Wenger said when speaking to the Independent about Özil, the man he paid a club record £42.5 million for last summer and of whom he remains fiercely loyal. “I would put him on the list to be player of the season next season.”

“The first season is the season in which you adapt and then you know what will happen,” he said. “And I believe that he will know better his partners, he will know the league better and the potential is absolutely fantastic.”

“He is a quick player, and agile,” Wenger said. “He can get out of tight situations. Players can open up to do something interesting in behind, so when he is not there, you get out of the situation and lose the ball.”

Özil’s struggles at Arsenal primarily come down to him trying to adapt to the more competitive level of the Premiership rather than La Liga where his former club only had to worry about losing a few matches a season. It is also the fact that when coming to the Emirates he was expected to be the star of the show rather than just another Real Madrid player in a team that has Cristiano Ronaldo.

“He has gone through a difficult spell,” admitted Wenger, “because physically he was not as present as you would expect him to be. He had no real preparation and had a period where he was tired because he was not used to playing [right] through the season.

“He felt the difference between Spain and here. Sometimes he was rested there because in Spain, when you are 2-0 up –when Real Madrid are 2-0 up – what strikes him is that the teams give up. They know they will lose the game.

“Mesut said what is the most difficult for him here is that 2-0 up, the teams fight like mad to come back. And that was the main difference – you have to fight until the last second of the game.”