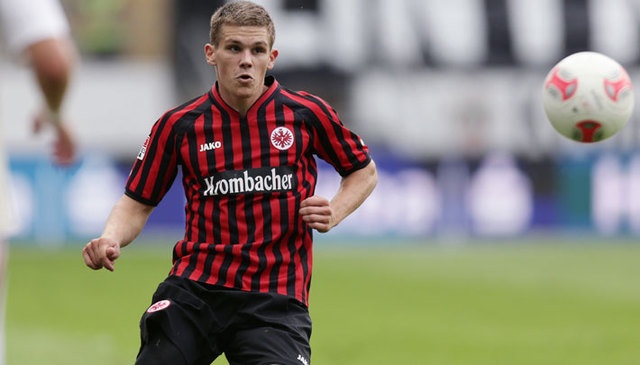 Eintracht Frankfurt defender Sebastian Jung is close to signing for Arsenal after his agent Mino Grillo admitted a summer move to the Emirates looks very likely.

Arsenal manager Arsene Wenger has been searching for a right-back ever since it became apparent that Bacary Sagna could leave in the summer when his contract expired.

METRO is reporting that despite being previously linked with Lukasz Piszczek and Daryl Janmaat Arsenal are now focused on the 23-year-old German.

The news coming out of Germany is that Arsenal is busy negotiating a deal with the fullback that will see him join the Gunners for £7 million.

‘In England we know Arsenal are very strongly on his trail for the summer,’ said Mino Grillo

‘They have had scouts watching him in the Bundesliga. There is was interest in the past from Inter, Roma and Milan, but no recent contact.’

His last comments appear to open the door for Arsenal meaning that a summer move is very much on the cards.