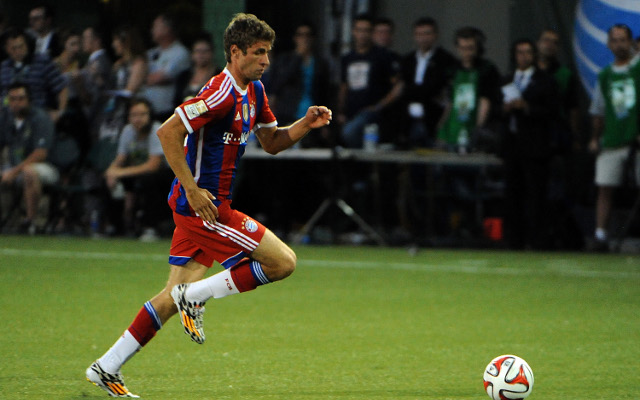 Things have not gone as smooth as Manchester United manager Louis van Gaal would have liked in this summer’s transfer market, with the Red Devils missing out on several of their summer transfer targets.

The most recent player to turn down the chance of playing at Old Trafford was former Barcelona winger Pedro, hitching his wagon to Jose Mourinho’s train as the Blues boss looks to retain the Premiership title, while also challenging for the Champions League.

Despite what he may say or not say publically, we are all aware that what LVG needs is a top striker, after having watched the club struggle to score just two goals in their opening three games of the season.

Sky Germany is this morning reporting that van Gaal is about to make a £58 million offer to Bayern Munich for striker Thomas Muller, and while they know that trainer Pepe Guardiola may be reluctant to sell the 25-year-old German international, Manchester United is determined to do all they can in order to push a deal through.