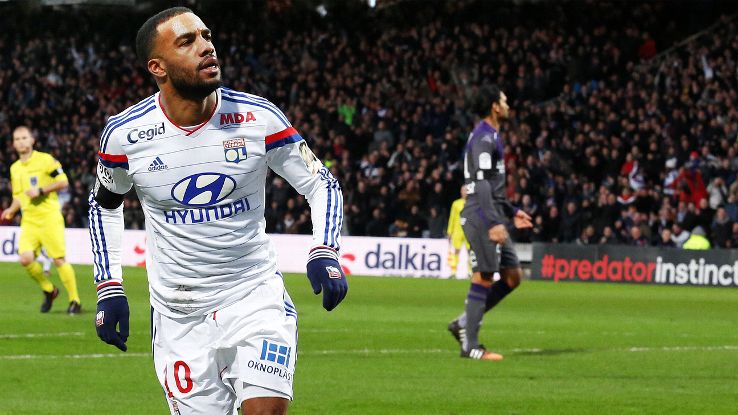 Manchester United is now considered to be the surprise favourites to sign Lyon striker Alexandre Lacazette who is also wanted by Arsenal, Liverpool, Chelsea and French champions Paris Saint-Germain.

The 23-year-old has been sensational in Ligue 1 this season scoring 31 goals in 31 appearances to help keep Lyon with in touching distance of Paris Saint-Germain at the top of the table.

Up until just recently it was assumed that the French international wanted to remain with Lyon where he is happy, but then said he would have to think his situation over during the summer.

Le Sport 10 is reporting that he may be interested in a £21.8 million move to Old Trafford so now the ball is in Louis van Gaal’s court to snap him up as soon as possible before any of his other admirers realize what has happened.