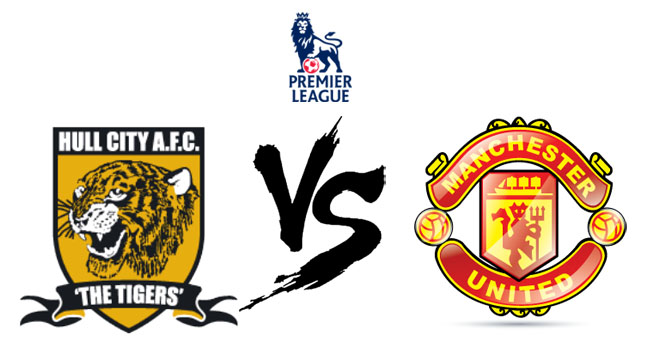 Manchester United go into this afternoon’s game at the KC Stadium relaxed knowing that they have already qualified for the Champions League, with manager Louis van Gaal’s entire attention fixed to this summer’s transfer market which in short means that the United boss is not worried either way how the match against Hull pans out as he just wants to get it over with and move onto other business.

This however cannot be said of Hull who are fighting to avoid the drop knowing that they must beat United and hope that they can beat Newcastle United’s result against West Ham United to remain in England’s top-flight next season.

Despite David De Gea returning to training we still feel as though he has played his last game for Manchester United and expect to see Victor Valdes in nets for the Red Devils this afternoon.

LVG’s back-four is likely to remain the same after an impressive display against Arsenal last Sunday, with Antonio Valencia start at right-back with an impressive Marcos Rojo remaining out left leaving Chris Smalling and Phil Jones in the heart of United’s defence.

Here again we do not expect to see any changes with Ander Herrera, Daley Blind and Marouane Fellaini set to continue where they left off last week, with Dutchman Blind being consistently able to find space against Arsenal which suited LVG’s possession based philosophy to a tee.

Colombian Striker Radamel Falcao is busy saying his good byes, and with Wayne Rooney not still fully fit, why risk the United captain when you have 19-year-old James Wilson available for a match that matters not for United. The match gives van Gaal the opportunity to put Wilson in the shop window before he is, as all expect sent out on a season long loan where he will get regular first team football before returning to United for the 2016/2017 season.