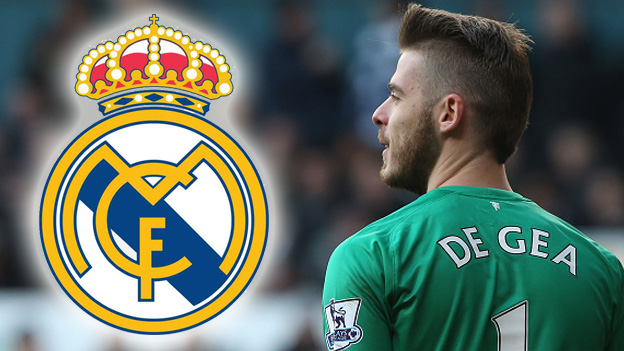 At last someone at Old Trafford has come to their senses and realized that Manchester United goalkeeper David De Gea no longer wants to play for Manchester United, and the sooner that he is sold the better it will be for everyone else at the club.

It appears to us here at Soccer Transfers that the hierarchy at Old Trafford put too much value on how desperate Real Madrid were to sign David De Gea, putting too high a price tag on a player who only had one year remaining on his contract before being able to walk away a free agent.

Real Madrid for their part made what they considered to be a fair offer given the circumstances, yet the Red Devils made the mistake of first putting too high a price tag on the 24-year-old, before then linking any move for the Spanish international subject to centre-back Sergio Ramos being allowed to join United.

It has to be said that Ramos played United for the suckers they are managing to get himself a new contract at the Santiago Bernabeu that will easily see him into retirement from the game, with United left with nothing but egg on their face for being so naive.

Before all the talk with the Spanish giants began De Gea assumed it was going to be a straight forward move, after having told the United bosses he wanted to leave in order to return home and play for Los Blanco’s, saying goodbye to all his friends and colleagues at Old Trafford, while already planning his future with his girlfriend and family back in Spain.

As we could see from his performance the other night against PSG his heart is no longer with the Red Devils, as a series of errors pointed out, which has Spanish sport newspaper As claiming that LVG has asked the club to go back to Real Madrid and do a deal for De Gea that will see United at least realize some money, as there is no way given his current state of mind that the Dutchman can risk playing him now his dream has been shattered.