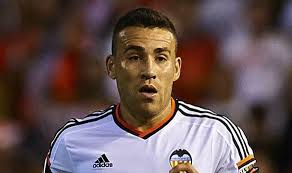 Bundesliga side Bayern Munich have entered the race to sign Valencia centre-back Nicolas Otamendi according to Superdeporte.

The on-going saga as to where the 27-year-old defender will end up is anyone’s guess after his agent Eugenio Lopez revealed back in May that the Argentina international wants to leave Valencia.

Moves by Manchester United went quiet while the Red Devils were busy perusing Sergio Ramos, but now the Real Madrid captain has signed a new deal with the Spanish giants LVG’s team is still in the hunt for a top defender.

According to Superdeporte, Bayern officials have only contacted Otamendi’s representative, but not yet Valencia, still giving Manchester United time to make their move.