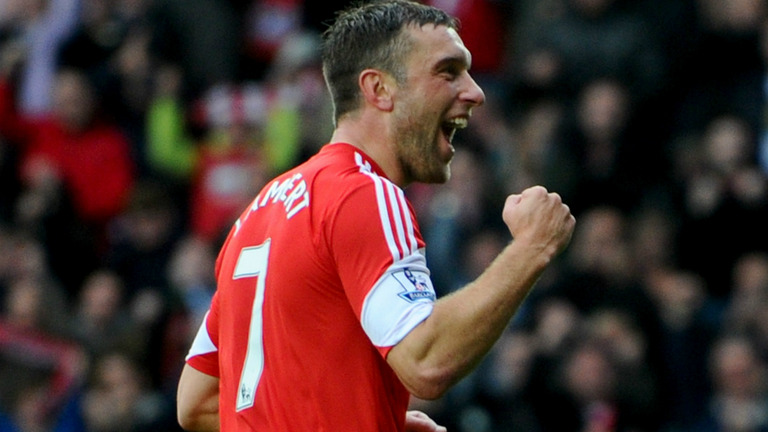 Liverpool are close to signing England striker Rickie Lambert for an estimated $4 million plus add-ons as manager Brendan Rodgers builds his squad for Champions League football next season according to the BBC.

There has been interest in the 32-year-old from other clubs in the Premiership including West Ham who have already had a bid rejected by the Saints.

Lambert spent five years at Anfield as a youth player before being let go at the age of 15, but has remained a Liverpool supporter and has said that he is only considering a move back to Merseyside hoping to get the deal done before flying out to join the England squad in Miami on Sunday ahead of this summer’s World Cup.

Last season Lambert scored 14 goals for Southampton, and has made 235 appearances for the club since joining from Bristol Rovers in 2009.