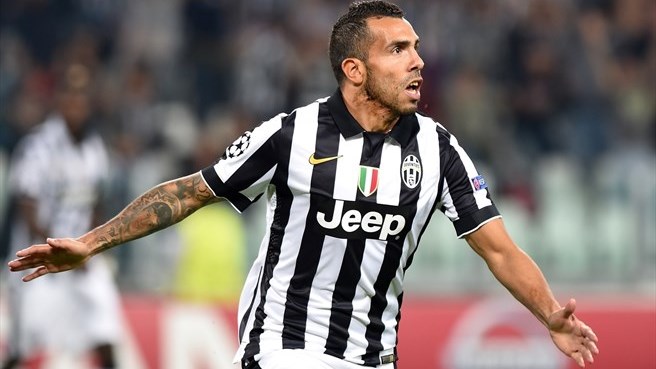 According to reports Liverpool has approached Juventus over striker Carlos Tevez, after news broke that Palermo star Paulo Dybala was going to join the Italian Champions.

The former City and United striker has been in amazing form for Juventus this season, and could possibly lead them to the Champions League final in Berlin should they be able to hold onto a slender 2-1 lead in Madrid this evening.

After a season in which Liverpool found it difficult to score goals, manager Brendan Rodgers has been scouring the world for a top-flight striker who can not only provide a high work rate, but also a clinical finish.

Tevez however does not fit with Liverpool’s transfer policy at 31-year-old, but appears to have a few years left in him still, so it will be interesting to see if they pursue their interest and make a deal.

And while we here at Soccer Transfers feel they will not due to his age, we do think he is exactly the kind of player Liverpool need’s and will be interested to see who they eventually sign.