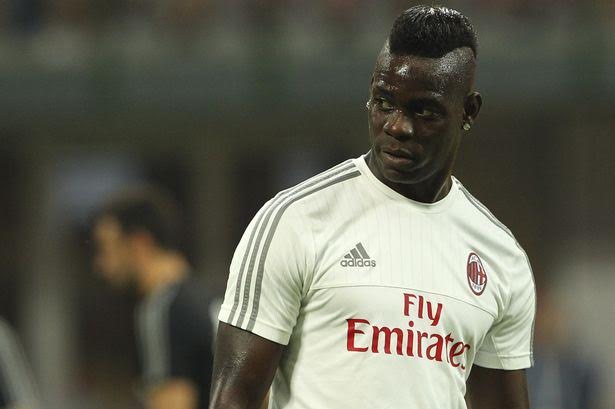 While we may not have heard too much news about Liverpool striker Mario Balotelli of late, the 25-year-old Italian has been doing himself no favours while playing in Serie A on loan with AC Milan.

When former Reds manager Brendan Rodgers first signed Balotelli from a very grateful AC Milan, we all assumed that it was a knee jerk reaction following the failure to find a replacement for Barcelona bound Louis Suarez.

It is now easy in hindsight to say it, but following the young Italians problems with Manchester City it was hard not to imagine him not rocking the boat at Anfield.

Balotelli only managed a single season on Merseyside, and with no buyers in sight willing to pay Liverpool the better part of £16 million the Reds were forced to send him out on loan, rather than just see him sitting around picking up £125,000 per-week in wages.

One of the very first things Brendan Rodgers did after being fired was to publically say that he never wanted to sign Balotelli, and that it was the decision of Fenway Sports Group.

“What we wanted and what we needed was a player who could really press at the top end of the field,” said Rodgers. “It wasn’t just a goal scorer we were after. I felt Mario was someone who wouldn’t work for us. But come the end of the summer, we were struggling to get someone who could do the role we wanted. I think the ownership group thought that this could be a player I could develop.

“They were thinking that maybe he is a £50m player that we can get for £16m. So, when the owners are wanting you to go down that route and there is no other options, then of course you give it a go.”

It would now appears as if things have not improved for Balotelli back in Italy either, with AC Milan trainer, Sinisa Mihajlovic hinting that the Liverpool owned striker may have played his last game for the Rossoneri after an uninspiring two minute substitute appearance against Genoa at the weekend that saw the visitors pull back a goal after Mario was introduced to the game.

Despite Milan hanging on to win the match 2-1, coach Mihajlovic was angry saying: “We should’ve scored a third goal and not risked at the end. It is also my fault, as those who don’t sacrifice themselves for the team to the 94th minute will no longer set foot on the field.

“It wasn’t just Balotelli, there were another two or three as well as him, they know who I’m talking about.”

With no release clause in Balotelli’s loan contract he will remain at the San Siro until the end of the season, at which time Liverpool has a huge decision to make.

Either the club tells Klopp to try and work with him, which if you were to ask any of his former managers is like a fulltime job, or you sell him for a loss, or look once more to send him out on loan.

Of the three options we feel that Liverpool should let it be known that he is available, but given the fact he has only made 11 appearances for Milan this season and scored just two goals the club cannot hope to get even half the £16 million they paid for him back.

What this means is that he will most probably be sent out on loan for the final year of his three-year contract and then allowed to leave as a free agent.

Balotelli turned out to be an expensive lesson for the American owners, and one which may know allow their manager to decide who he wants to sign rather than leaving it up to a group decision.