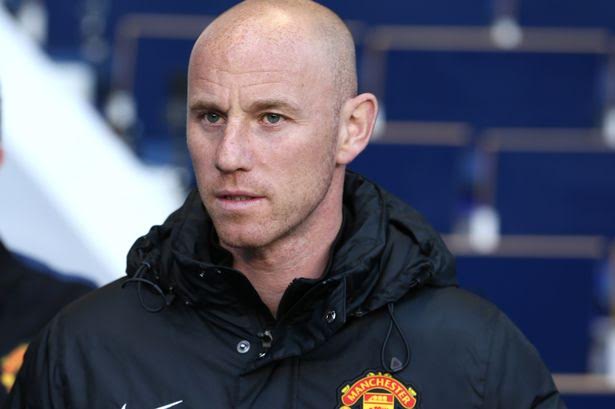 Manchester United class of 92 star Nicky Butt has been named the clubs new Academy Director following the departure of 51-year-old Manchester United legend Brian , who resigned last May to become the Performance Director of the Scottish Football Association.

Questions are of course being asked as to why it took the club nearly a year to appoint Butt to the post, but with executive vice chairman Ed Woodward saying at the time that the Academy would be given a “root and branch” review, we can only hope that the Gorton-born Butt is the right man for the job.

Butt had previously been coaching at Carrington managing the clubs U-19 team, and will now be given the chance to take the clubs famous academy to the next level.

“It’s a privilege to take on this role. As someone who learned his trade in the United youth set-up, it’s a huge honour now to be given the chance to lead the Academy and to instil its values and attitudes to continue to create future generations of Manchester United players,” said the 41-year-old Mancunian while being interviewed by the Manchester Evening News.

“It’s a big challenge but I am fortunate to be taking over a dedicated, first class team. Our aim remains the same – to keep supplying the first team with well-coached, rounded players that understand the responsibility of playing for the biggest club in the world.”

Ed Woodward said: “I am delighted that Nicky has accepted the role of Head of Academy. Nicky has the traditions and heritage of this Club in his blood and he is the natural choice to ensure that, in modernising the way the Academy operates and shaping the new investment we are making, it retains the values and the focus that it has always had.

“Manchester United’s Academy is completely focused on producing young players for our first team. As a graduate of its finest team in the modern era, Nicky will bring passion, energy and experience to drive the Academy forward, retaining the characteristics that give us a competitive advantage – namely an unmatched track record of player development together with the runway of first team action.

“In the last four years, some 15 Academy graduates have played for the first team, playing a total of 173 appearances – a record of which the Club is very proud.”

Fine words indeed from Woodward, and yes we love the idea of promoting from within, which leads us to ask the question of why would a club with United’s heritage even contemplate hiring a manger such as Jose Mourinho.

We may not be a big fan of Manchester United’s current manager Louis van Gaal, but have to admit that the Dutchman has played a statesman’s role in dealing with the press and the pressure that has been forced upon him.

If the club should decide to part ways with the 64-year-old Dutchman before his contract is up in 2017, which we think they will, how can Woodward after what he has just said overlook Ryan Giggs to take the helm at Old Trafford.

Giggs has devoted his life to Manchester United and has already had one spell of being interim manager after David Moyes left, so in our opinion should be given the job when LVG is either fired or steps down.

Giving the job to Mourinho would be a huge slap in the face for the Welshman and would force him to leave the club he loves so much.