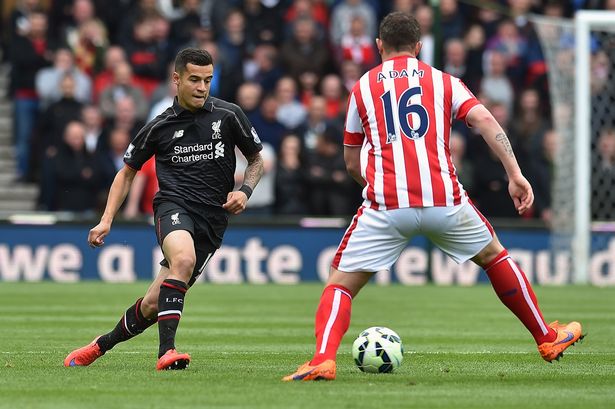 Still fresh in Brendan Rodgers mind will be last season’s humiliating 6-1 defeat against Stoke City at the Britannia Stadium, what was not only the last game of a difficult season for Liverpool but also club legend Steven Gerrard’s last game as a Liverpool player.

Yet despite this and the clubs failure to qualify for the Champions League, Liverpool’s American owners the Fenway Sports Group have decided not only to stick with the Northern Irishman, but also gave him enough money to bring in new players, including £32.5 million striker Christian Benteke from Aston Villa.

With all the new signings and Rodgers willingness to play some of the clubs younger players during their pre-season matches it is difficult to predict a starting XI for this afternoons match, however we do think apart from one or two places that we will have got it spot on.

While Hungarian international goalkeeper Adam Bogdan will provide Belgium shot-stopper Simon Mignolet with more competition for a starting spot than he is used to, we feel Brendan Rodgers will give the former Sunderland goalkeeper the start this afternoon, and will hopefully have made the 27-year-old sit through rewinds of the six goals he let in the last time the two teams met.

Slovakian international centre-back is a no brainer to start in the heart of defence for the Reds, and while manager Rodgers gave Croatian international Dejan Lovren plenty of pre-season playing time, we fell that Mamadou Sakho has proved to be a better playing partner for Skrtel and expect to see the Frenchman get the nod.

At right back will be for us the summers best signing Nathaniel Clyne with the Southampton defender fitting in as though he has been playing for Liverpool for years, and unlike former Liverpool defender Glen Johnson, who incidentally will be playing for Stoke this afternoon Clyne is as good at defending as he is at going forward, which is something we were never able to say about Johnson.

Over on the left flank it is almost a coin toss, with us actually preferring new boy Joe Gomez over Spaniard Alberto Moreno as from what we have seen of the 18 year-old he may be a better choice to handle a physical team like Stoke rather than Moreno. Saying that however we expect Rodgers to give Moreno the start, and perhaps now knowing he has a contender for his place in the team the former Sevilla player my up his game.

In front of the back-four will be Captain Jordan Henderson along with another of our favourite summer signings James Milner, who is already showing how he was not used to his advantage by Manuel Pellegrini while at the Etihad. The 29-year-old England international is relishing his new role at Liverpool with us here at Soccer transfers expecting big things from a player how could prove to be a huge asset not only for his experience but also his versatility in being able to play in almost any position.

While everyone is predicting a start for new boy Roberto Firmino, and I mean you almost have to, given the fact Liverpool spent £29 million to sign him from Hoffenheim, we would however if we had the choice play Jordan Ibe who has been sensational in pre-season while giving the Brazilian more time to build up his fitness following a late holiday after the Copa America in Chile. We are not Brendan Rodgers however so we are expecting to see the 23-year line-up alongside Philippe Coutinho and Adam Lallana.

Christian Benteke of course, and just like other Liverpool fans we are expecting big things from the big Belgium this season and will be hoping that the 24-year-old can get off to a flyer this afternoon with a volley like the one we saw against Swindon town.

Following last summer’s embarrassment against Stoke and the poor start Liverpool had to the season we feel that this is a must win match for Liverpool manager Brendan Rodgers to show his intent for the season ahead, and are backing Liverpool to win at 5/4 with Bet365.