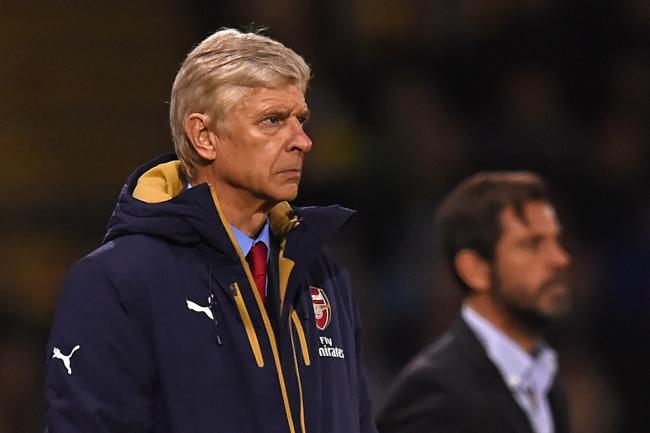 After seeing the Gunners get back to winning ways against Hull City during the week, manager Arsene Wenger will be happy to keep the team focused on FA Cup glory, knowing that only Watford now stands in their way of a trip to the semi-finals.

While winning the league may have been the fans biggest desire this season a record winning their FA Cup in a row could go a long way in bandaging the hurt should the Gunners fail to knock current Premier League leaders Leicester City off of their lofty perch.

Arsenal will be boosted by the fact both Per Mertesacker and defensive partner Gabriel Paulista are available despite having to leave the pitch during Tuesday night’s clash with Hull. The bad news though, is that another fatality of the match against Steve Bruce’s Tigers Aaron Ramsey will now be out for some time after having picked up a thigh injury.

We expect to see Gunners boss Arsene Wenger make a couple of changes to the team he put out at the KC Stadium with Francis Coquelin back in the team, but with big matches against Barcelona and Everton coming up don’t look for Mesut Ozil and Alexis Sanchez, as Wenger will be saving them in the hope that they can produce some magic at the Nou Camp and turn a two goal deficit into a win.

Not a tough choice here with Petr Cech still not fit, which of course means that it will be David Ospina between the posts hoping to keep a clean sheet.

With Laurent Koscielny still not 100% Wenger will start both Mertesacker and Gabriel at centre-back while bringing in Kieran Gibbs and Calum Chambers in order to rest Hector Bellerin and Nacho Monreal for Barca.

After being suspended for the Hull City match we expect to see Francis Coquelin start with Mohamed Elneny, unless Wenger in his wisdom decided to play Flamini and rest Coquelin for the big game next week.In front of the defensive minded pair we expect to see Alex Iwobi get another start along with Theo Walcott following his goal scoring performance against Hull, and while you can never guess Wenger when it comes to Costa Rican international Joel Campbell we think he will probably start this afternoon’s game.

How could you drop Olivier Giroud after his performance against Hull? So it will be the Frenchman once more leading the line with England striker Danny Welbeck held back in reserve.

Watford have never beaten Arsenal since the Premier League came into existence, and we don’t think they will do so today either which has us predicting a 3-1 win for Arsenal.