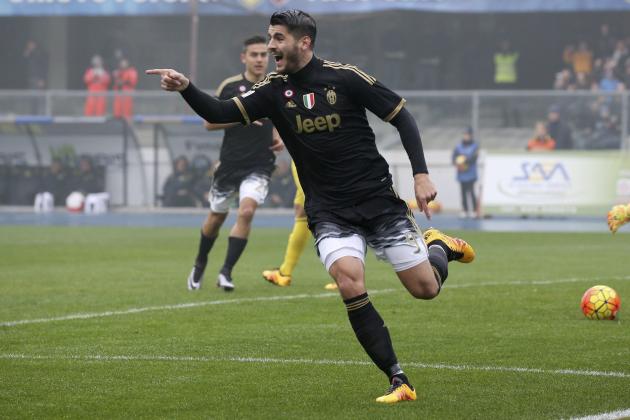 We have been hearing talk of Juventus striker Alvaro Morata being linked with several clubs in the Premier League with both Anfield and Old Trafford being talked about as a possible destination for the former Real Madrid forward.

Now however a new team has appeared on the scene according to Okdiario, via the Daily Express who claim that Arsenal boss Arsene Wenger is going to splash the cash this summer, and has £50 put aside for the Spaniard.

The 23-year-old had a tremendous run last season during the Italian clubs Champions League run, but has so far this season failed to establish himself as a starter in Massimiliano Allegri’s team, leading to talk that a summer move away from Italy is on the cards.

Meanwhile his former club Real Madrid inserted a clause in his contract before selling him to the Italian champions that stipulated they have the first option to buy him back for a set price.

The Spanish giants plan is in fact to do this and then sell him on for a huge profit.