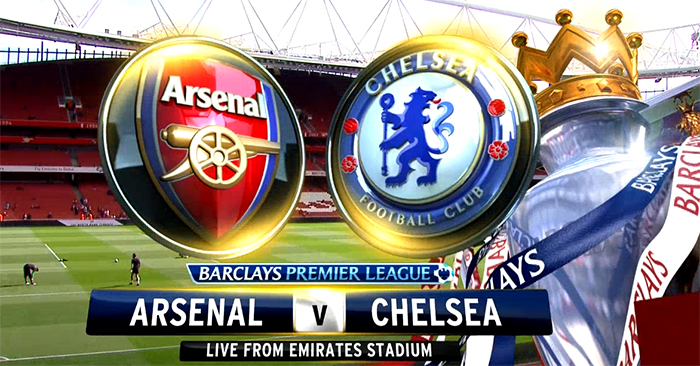 As Arsenal prepares for one of their most anticipated games of the season against London rivals, Chelsea at least Gunners boss Arsene Wenger can snicker to himself knowing that it is he who is having the last laugh rather than former Blues manager Jose Mourinho who will probably be watching the game on television somewhere as he waits for his next job.

IF that was not news in itself Wenger has the added benefit of knowing that key trio Mesut Ozil, Alexis Sanchez and Francis Coquelin all took part in training yesterday ahead of this afternoon’s big match.

“The doubt about Alexis is linked with him having been out for a long time and the risk of a setback. To be clear on all the medical tests and after training is one thing, but you can never replicate the intensity of a big game and that is why I am cautious with him.

“We cannot afford another setback because that would mean a very long period out and we don’t want to take this gamble. But the signs he has shown in training this week are very positive.”

While this is all good news for the Gunners, Wenger knows that his team has not beaten Chelsea since 2011, and with Diego Costa in the Blues line-up he is well aware of what a difficult afternoon he may have in store.

The last time the teams met at Stamford Bridge back in September Arsenal were unfortunate to be on the wrong end of some of referee Mike Deans poor decisions, something Gunners boss, Wenger brought up in his pre-match press conference hoping this afternoons ref Mark Clattenburg was paying attention to.

Petr Cech will of course start in goal against his former club, with not another keeper in the land better suited to play against at Chelsea team he knows all too well.

In defence we are going with the Frenchman’s first choice back-four of Hector Bellerin, Per Mertesacker, Laurent Koscielny and Nacho Monreal.

In defensive midfield Wenger has a decision to make regarding who he plays with new boy Mohamed Elneny and Mikel Arteta both available to select from, but with all going well at the moment we will stick with Mathieu Flamini to play in front of the back-four, with Aaron Ramsey taking over once more for the injured Santi Cazorla.

German international Mesut Ozil is available following a sore toe that saw him miss last weekend’s game, so we expect to see him back looking to increase his assists tally for the season.

Despite Wenger confirming he has Alexis Sanchez available we still expect to see Campbell get the start with the Chilean on the bench while on the opposite wing Theo Walcott will have been told to run at the Chelsea defence while Gunners lone striker Olivier Giroud will be given the task of keeping John Terry busy all afternoon.

If Clattenburg can keep the lid on what we expect to be a very highly contested game we should be in for a treat, and with Guus Hiddink more attack minded than Mourinho we can also expect to see Chelsea taking the game to Arsenal which should fall into the home team’s game plan.