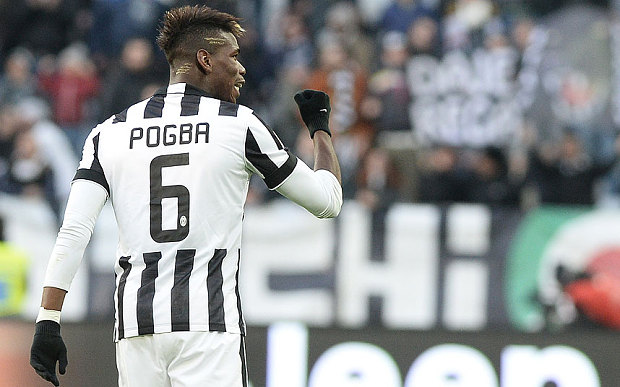 Juventus director general Giuseppe Marotta has admitted that there is no way the Italian club can offer the crazy salary demands that the highly-rated French international is asking for, but hope out of loyalty the 22-year-old will shun a higher wage to remain at the club that took him in when he walked away from Manchester United.

Since arriving in Turin in 2012, Pogba has helped the Old Lady of football win three successive Serie A championships while also helping the Bianconeri to this year’s Champions League final in Berlin.

So far the Italian giants have already turned down a massive 80€ million offer from Barcelona, knowing that one of Europe’s top clubs will be willing to pay 100€ million for the French midfielder.

“Pogba’s future? In modern football the decision of the player is paramount, like with (Carlos) Tevez,” Marotta told Quotidiano Sportivo. “It’s obvious that we would like to keep him until he stops playing, but we can’t afford to do anything crazy in terms of salaries and some clubs can guarantee twice what we can.”

Of the clubs likely to off the money Juventus wants only Real Madrid, Barcelona, Paris Saint-Germain, Arsenal, Chelsea and the two Manchester teams have resources to make such a mega transfer possible.