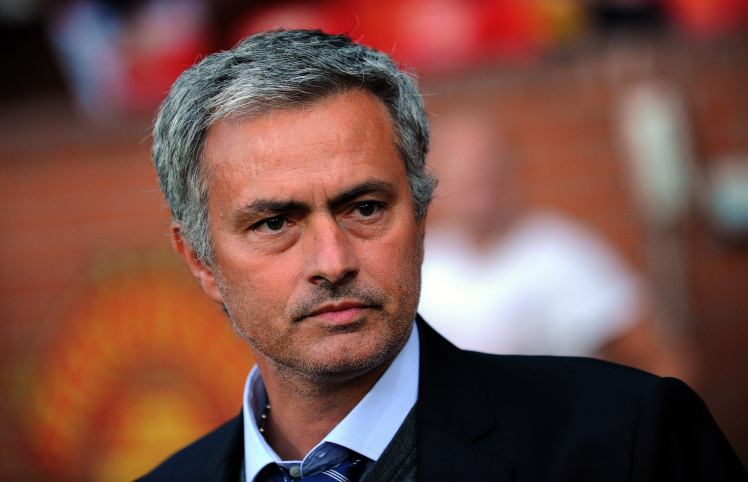 With it appearing to us as though it is 100% true that former Chelsea boss Jose Mourinho will take over from Louis van Gaal at Old Trafford this summer we thought it would be good to look ahead and plot how we think Manchester United will look with the 53-year-old Portuguese manager in charge.

With all the talk yesterday that the Red Devils had signed Napoli striker Gonzalo Higuain following a secret meeting between Mourinho and the Argentinean forwards agent Nicolas Higuain, the 27-year-old strikers brother.

There have also been hints in the press as to other places Mourinho wants to improve the team including a new centre-back, with Paris Saint-Germain’s Brazilian defender Marquinhos an obvious choice given the fact he is still young at only 21-years-old, and is not getting the playing time a defender of his quality deserves with the French champions.

As for midfield, the latest rumours suggest that talks are already underway with Atletico Madrid midfielder Saul Niguez, another player who is being tipped to move clubs this summer, and with Mourinho sharing the same agent, Jorge Mendes, the possibility of the Elche born Spaniard linking up with Morgan Schneiderlin in midfield looks on paper to be a dream team move.

As for the Attack Higuain will be the Red Devils front man similar to how Mourinho used Diego Costa at Chelsea, which means Anthony Martial would be allowed to play in his preferred wide role with captain Wayne Rooney assuming the No.10 role in the team.

We left goalkeeper David De Gea in the team in the hope that he does not go to Real Madrid, sadly however we have a strong feeling he wants to return to Spain.

Have a look at our Mourinho starting XI below and see if this team works for you.