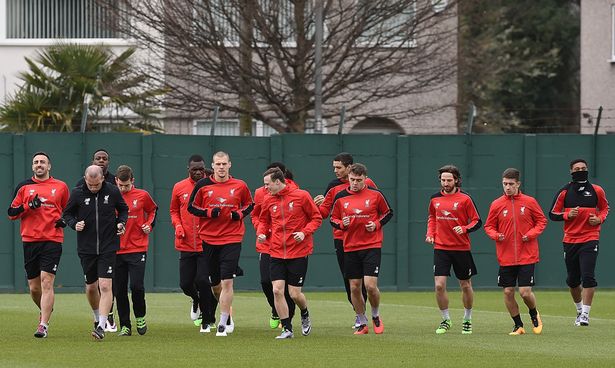 It would appear as though Jürgen Klopp’s Liverpool team is peaking at just the right time following a win and a draw to make it through to the last eight of the Europa League, and while we know it is sods law that Liverpool have to play Klopp’s former club in the next round, it could be doing the Reds a favour, as it is probably easier to beat the Bundesliga high-flyers over two-legs than it would be should both teams have made it to the final.

For the time being at least the clash with Dortmund is on the back burner while Liverpool travel to Southampton tomorrow knowing that a win would put them right back into contention for a fourth placed finish.

During his press conference at Melwood yesterday Klopp assured the assembled reporters that his team were in high spirits following Thursdays 1-1 draw at Old Trafford.

“Confidence is a flower. If you step on it then it’s away in a second. It is harder to let it grow than die,” the German said with a smile and an impressive grasp of his second language.

“But it’s not only about confidence – it’s more about feeling more and more trust in our way of playing. I don’t know how much we ran yesterday but especially in the first game it was really intense.

“The players have quality – everyone can see this – it is important we feel better in this style of play.

“We are a possession team – we want to play football.

“But if we lose the ball in the wrong moment we are not in a good position for counter-pressing. So it is important that we continue to feel better in this style of play.”

Meanwhile Klopp turned up for the press conference dressed in a Beatles T-shirt, as he continues to charm the Scousers around him.