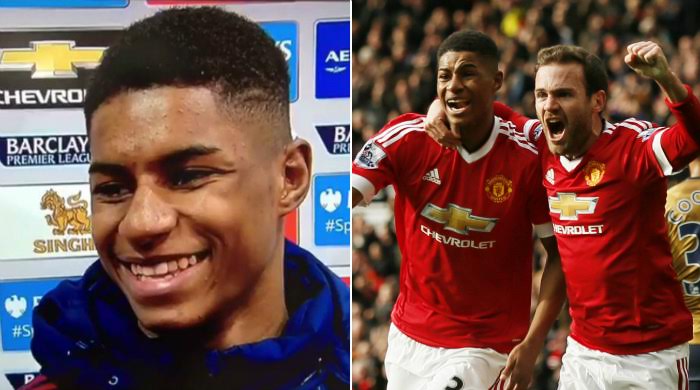 Just a couple of weeks ago nobody knew who 18-year-old Manchester United graduate Marcus Rashford was except for a few hardened Red Devil fans, yet now the whole world knows who he is following the local boys two goals during his Premier League debut for Manchester United against Arsenal at Old Trafford yesterday afternoon.

The 18-year-old from just six miles down the road gave a brilliant sassy interview following the match which proves he is just as capable off the pitch as he is on it.

When the person conducting the interview told the youngster that he had scored his first top-flight goal with his first shot on target the former Fletcher Moss Rangers player relied: ‘Yeah, I did the same in the Europa [League]’.

It’s now wonder United fans have taken to his so well. Let’s just hope he keeps it up and becomes a future legend for the club.