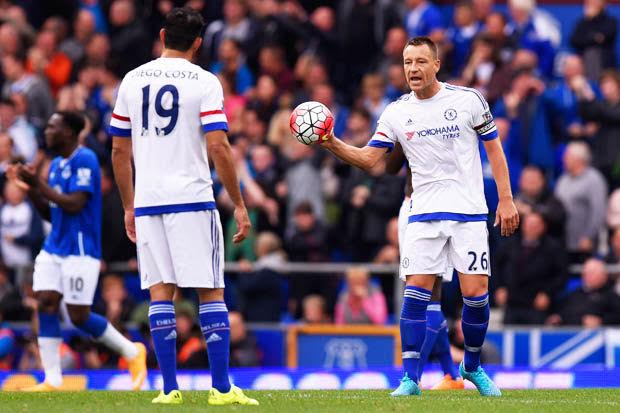 According to the Daily Mirror, rumours suggest that Chelsea captain and forward Diego Costa had a training ground altercation on Monday, as tempers flared over the Blues poor start to the season following the 3-1 loss at Goodison Park to Everton on Saturday.

The Blues are now having their worst start in England’s top-flight in 29-years having picked up just four points from five games which sees them lying 17th in the table, a situation manager Jose Mourinho will surely find to be unacceptable especially when you consider how easily Chelsea won the Premiership title last season.

Club sources however are saying that there was nothing between Terry and Costa, but manager Mourinho has banned any fun banter during training as Chelsea prepares for their Champions League clash with Maccabi Tel Aviv.

You would expect this to be an easy game for the west London club, but Tel Aviv boss Slavisa Jokanovic, says they are mistaken.

“My interests are now with a different side and I will try to hurt them more and damage them in this moment,” Jokanovic told the Evening Standard.

“I am trying to push myself, I am concentrating on this game and looking to demonstrate what I can do for Maccabi.”