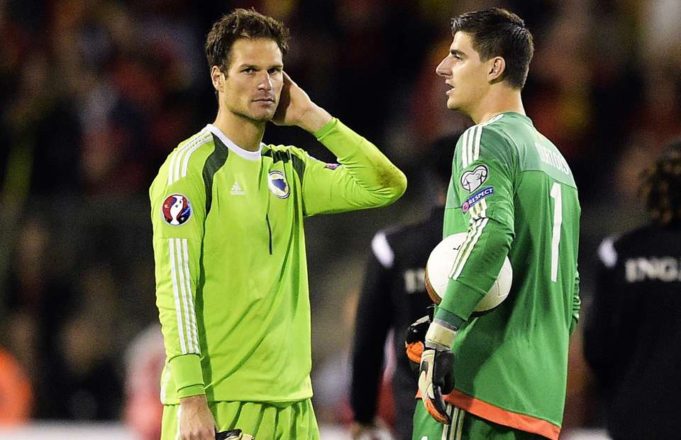 Although the goalkeeper situation at Chelsea FC seemed perfect, with Thibaut Courtois as the first choice, ever-reliable Asmir Begovic as his backup, and a third-choice Eduardo, it has gone crumbling down in a matter of days.

First, AFC Bournemouth asked Chelsea for the availability of Asmir Begovic as their first-choice shot stopper Artur Boruc is 36, and then launched a £10m bid. Chelsea aren’t against the sale, but advised Bournemouth £12m would be more appropriate. Most likely, Bournemouth will meet the demands and secure a fantastic goalkeeper who’s only 29. Begovic was signed from Stoke City for £8m in 2015 but has made only 29 appearances in all competitions since then.

But Chelsea have much bigger problems. According to The Sun – the least reliable source out there – Thibaut Courtois is preparing for a summer move to Real Madrid and is reportedly very excited about the move. His wife and kids still live in Madrid as he played for Atletico, that’s a fact, and there could be interest from Real. It’s still unlikely Chelsea would let their prized possession go.

Courtois has a contract that ties him to Chelsea until summer 2019.