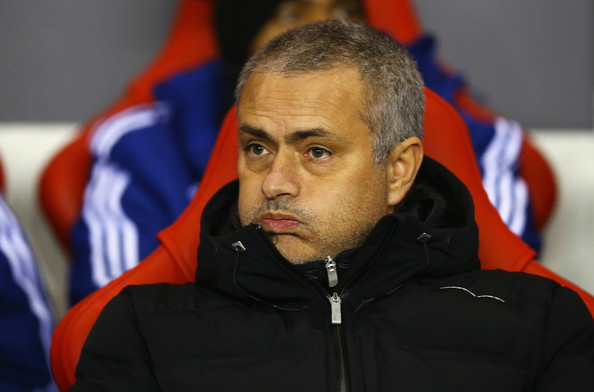 Chelsea manager Jose Mourinho has blamed his sided inability to be ruthless following their dismissal from the Capital One Cup following an extra time winner from Sunderland’s Ki Sung-Yeung that gave the Black Cats the win.

Chelsea managed 17 shots against Sunderland in the Stadium of light on Tuesday night but still got knocked out following the 2-1 loss.
Chelsea took the lead thanks to a Lee Cattermole own goal early in the second half and led till the 88th minute when on loan Liverpool player Fabio Borino put the home side level, and lost the match in extra time thanks to Korean Ki Sung-Yeung.
Mourinho said after the match when speaking with Sky Sports: “I think they played very well.
“It is the same story of Stoke, of Everton, of every match we lost.
“We never lost a match because the opponent is stronger than us.
“We don’t kill the opponent, we give them life. It’s always the same.”
Mourinho was obviously angered by the comparison of his first Chelsea side had when compared to the current one, given their ability to kill off opponents.
“I cannot answer this question,” he said.
“I think we are in front in terms of quality of the game.
“It’s about results, about scoring goals but you see every game we are in trouble.”
Chelsea next play title leaders Arsenal on Monday night in a crucial Premiership clash at the Emirates.