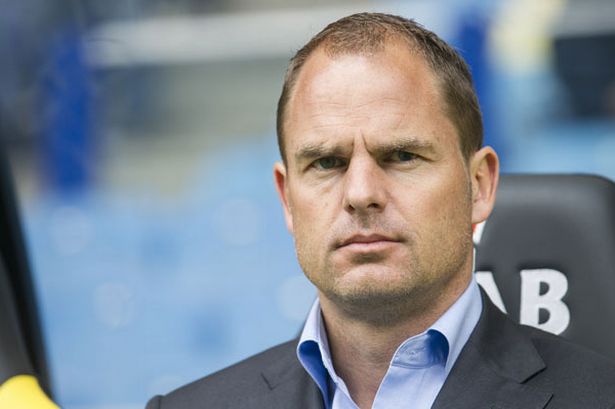 In all of today’s British papers Ajax manager Frank de Boer is being linked with the open job at White Hart Lane, and while this is big news for all Spurs fans it is also big news in Holland as well.

The only difference being that Amsterdam newspaper De Telegraaf is saying that even though there has been contact between Spurs and the Ajax manager de Boer will remain in Holland.

The plan all along at Ajax was to bring back their former players in various roles which is what has been happening.

Edwin van der Sar got a job, Marc Overmars and Dennis Bergkamp too, but there above everyone else was Frank de Boer who steered the Eredivisie club to win the Dutch League last season.

And while it is always a possibility that the challenge of managing a top team in the Premiership could be appealing De Telegraaf is confident that he will not leave pointing to comments he has made in the past saying he would honour all contract commitments he has with Ajax.

The old saying goes that everything is for sale at the right price, and if Daniel Levy is certain that de Boer is the man he wants to lead Tottenham he needs to make the Dutchman an offer he cannot refuse.