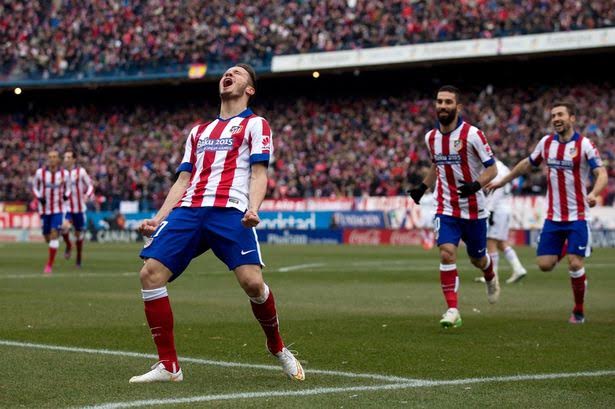 According to the Daily Mirror Manchester United have opened talks with Atletico Madrid for their exciting midfielder Saul Niguez.

Fellow Premier League side Arsenal have also been tracking the 21-year-old midfielder, with both clubs knowing that the young Spaniard has an £18 million release clause with the Mattress Makers.

Manchester United are thought to be eager to get a deal done this January window, but with Atletico riding high in La Liga, trainer Diego Simeone does not want to upset the apple cart by letting any of his squad leave during the midseason transfer window.

Now it will be up to United to twist Atletico’s arm, while over at the Emirates Wenger must decide if he wants to try and sign Niguez or risk seeing the rising star join rivals Manchester United.