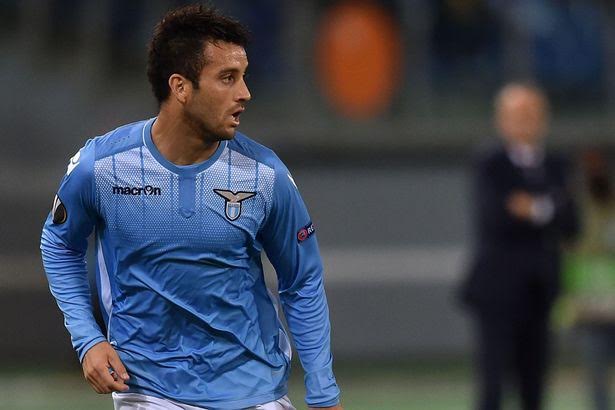 Italian Serie A side Lazio is patiently waiting by the telephone expecting to receive a call from Manchester United regarding their Brazilian international winger Felipe Anderson.

The Red Devils made Lazio a £37 million offer for the 23-year-old during the summer, which the Rome based club turned down according to the Daily Mirror, and while they were expecting United to revive their interest during the January window they have yet to receive a call from Old Trafford.

Meanwhile Anderson came on as a substitute to score his sixth goal of the season in the clubs 3-1 against Fiorentina in Florence on Saturday yet he is still not showing the kind of form this term that had United wanting to buy him last year.

Lazio director of sport Igli Tare admitted that Anderson is in “negative” form compared to last year when he finished the season with ten goals and seven assists league play.

Tare said: “So far, we haven’t received anything from Manchester United. He is going through a negative period of form and he knows that, we talked a great deal.

“He has to find his calm, he is a player who is now well-known and feared. He has what it takes to emerge from this negative moment.

“We turned down a €50m offer from Manchester United on August 27 and nothing has changed since then, because if he finds consistency, then he’s worth much more.

“We also resisted bigger offers than that, but we have targets to achieve.”