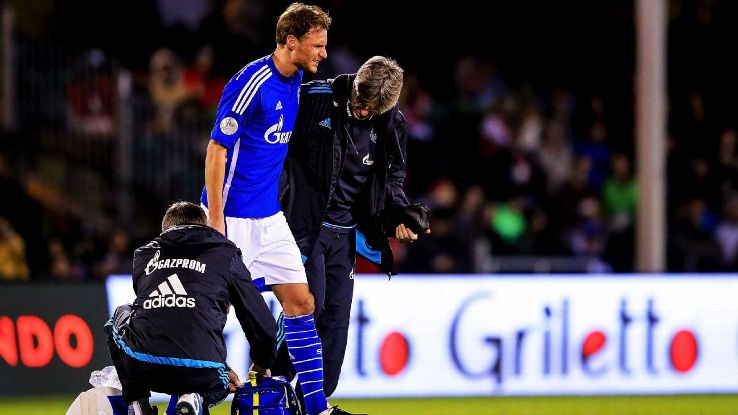 More bad news for Arsenal unfortunately, after the news that German international defender Benedikt Howedes is set to be out for up to three months.

The 27-year-old picked up a thigh injury during Schalke’s winter training camp in Florida while playing in the 2-0 win against Fort Lauderdale Strikers last week and immediately returned home, but further examinations revealed Howedes also damaged his tendon.

The German World Cup winner has long been linked with a move to the Emirates, but it will not be happening this transfer window following the devastating news.

Schalke sporting director Horst Heldt confirmed the news after a 1-0 friendly defeat against second-tier club Arminia Bielefeld, while coach Andre Breitenreiter told the club’s official website: “That’s very unfortunate for us because Bene is a very important player, and we’ll have to do without him for a number of weeks.