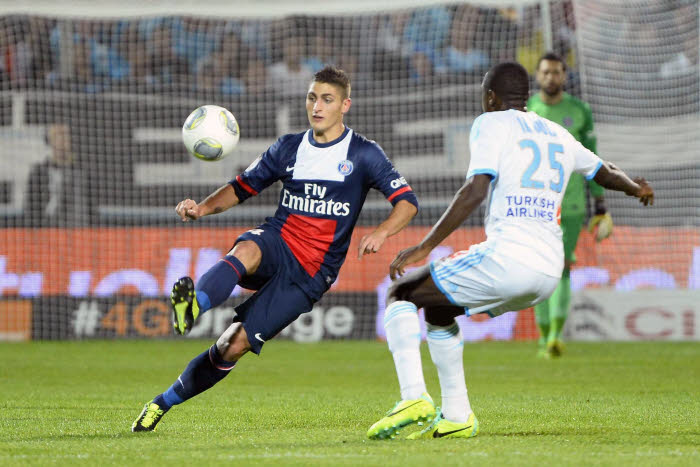 According to reports coming out of Italy Arsenal is preparing a bid for Paris Saint-Germain midfielder Marco Verratti.

The 21-year-old central midfielder has been a regular in Coach Laurent Blanc’s team but after failing to score a goal in 50 appearances the French manager is thought to have decided to put him on the market.

Italian football website TuttoMercato is saying that Arsenal is prepared to offer the Ligue 1 champs £17 million for Veratti who is under contract with PSG till 2018.

With PSG having Yohan Cabaye and Javier Pastore in midfield they would be prepared to let Veratti leave for Arsenal where he is seen by manager Arsene Wenger as a long term replacement for Mikel Arteta.