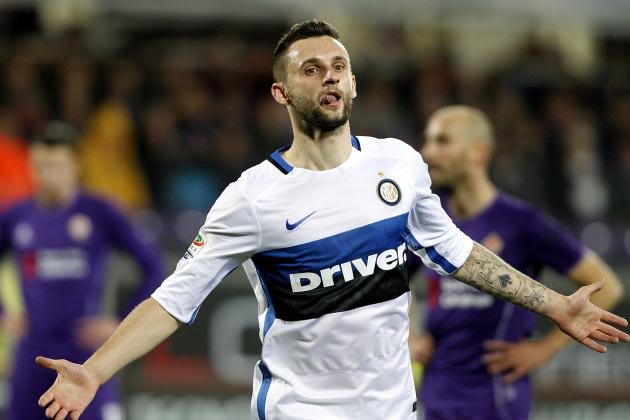 As Arsenal fan recover from last night’s Champions League loss to Barcelona we thought we would cheer them up with some news of how manager Arsene Wenger plans to spend some of that huge war chest he is sitting on this coming summer.

Arsenal have been relatively quiet the last couple of transfer windows, and while the club is concentrating on winning the Premier League title moves behind the scenes are said to be lining up summer targets before the window opens.

Top on a list of targets is Inter Milan midfielder Marcelo Brozovic a name that Arsenal fans will be familiar with after talk of the Croatian international being linked to a move to the Emirates last summer.

With Tomas Rosicky and Mikel Arteta set to leave the club as free agents a move for the 23-year-old would make perfect sense.

Currently Brozovic is only on loan at Inter Milan from Dinamo Zagreb, but the Italian club has the option of making the loan a permanent move before then being free to sell him on to Arsenal.

The figure being talked about is £15.6 million according to the Bleacher Report, who rate the player highly from his performances in Serie A where he has scored four goals with two assists so far this season.