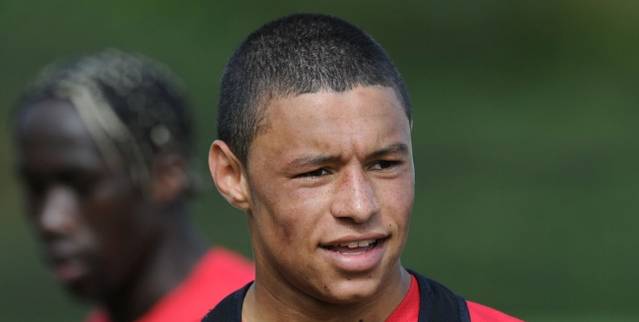 Gunner’s midfielder Alex Oxlade-Chamberlin said last night that in order for Arsenal to start winning silverware they must first get over a psychological barrier that is preventing them from gaining success.

The Ox believes that if they can beat Wigan and go on to win the FA Cup it will be a huge step in the right direction which hopefully will launch a new era of success at the club who have not won a trophy since David Seaman last lifted the FA Cup back in 2005.

While talking to the Daily Mirror the Ox said: “Once you do get that experience of winning the first one, you automatically build confidence you can go and do it again. That experience is vital.

“The squad needs that 100 per cent. I always hear commentators talking about squads that have been around and won things.

“They always mention the experience of winning, knowing what it takes.

“And they’ve only got that through winning trophies.

“That is definitely ­something that will help this team to go on and push forward and be successful.

“But it is just getting to that first one. It is a lot easier said than done. We are in a ­position where we can make that happen, in a position where it is our responsibility to take that opportunity.

“Obviously this year we’ve got further than in the last few years, and the opportunity is greater for us to go and win it.

“To be able to go the whole journey as a team and win it – that’s definitely massive ­experience for a team like us, who are fairly new together.

“It is definitely a springboard and a confidence boost going on to the future.”

And while Arsenal fans will be happy that they are facing Wigan rather than Manchester City Oxlade-Chamberlin remembers the Gunners loss to Birmingham in the Carling Cup final and says that playing Wigan will be just as tough.