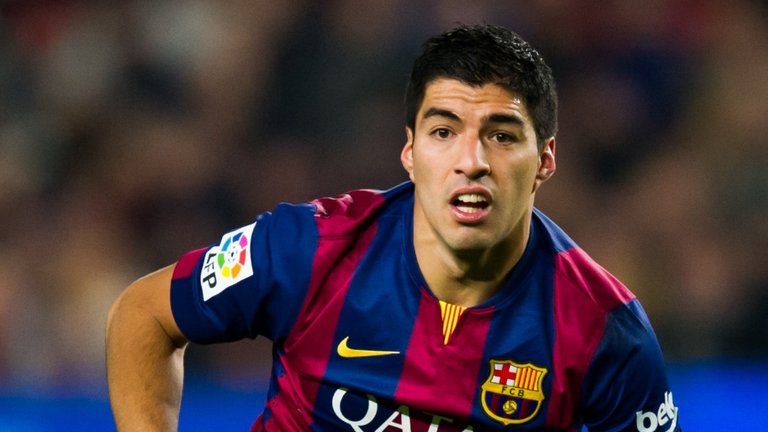 As Arsenal prepares to take on mighty Barcelona in the first-leg of their Champions League last-16 clash against Barcelona at the Emirates Tuesday night, Gunners boss Arsene Wenger knows that they must shackle former Liverpool striker Luis Suarez to have any chance of beating the Catalan giants.

Barcelona are unbeaten in their last 32 games with the Uruguayan international having scored 12 goals in his last seven matches, alerting Wenger as to the necessity of shutting the 29-year-down while at the same time trying to defend against Neymar and Messi.

“Suarez is the kind of guy who manages to create that spirit in teams,” said Wenger, who unsuccessfully tried to sign the player in July 2013 when he was at Liverpool.

Currently Suarez is La Liga’s top scorer with 25 goals, leading Wenger to say: “We have to keep him quiet on Tuesday night.

“I believe that apart from the individual talent the three have, they have a good understanding and cohesion.”

When asked what other qualities Suarez brings to a team, the Frenchman said: “Camaraderie.

“I believe Suarez gives that to a team. He did it at Liverpool, he did it playing with Edinson Cavani and Diego Forlan [for Uruguay] and did it well.

“We have to analyse what we do and do it well and together.

“Individually all their players are difficult to stop. We have to find a way to do it collectively.”

Arsenal are of course capable of beating Barcelona, and should they prevail over the two-legs the likes of Real Madrid and Bayern Munich will have to start giving the Gunners a renewed respect.