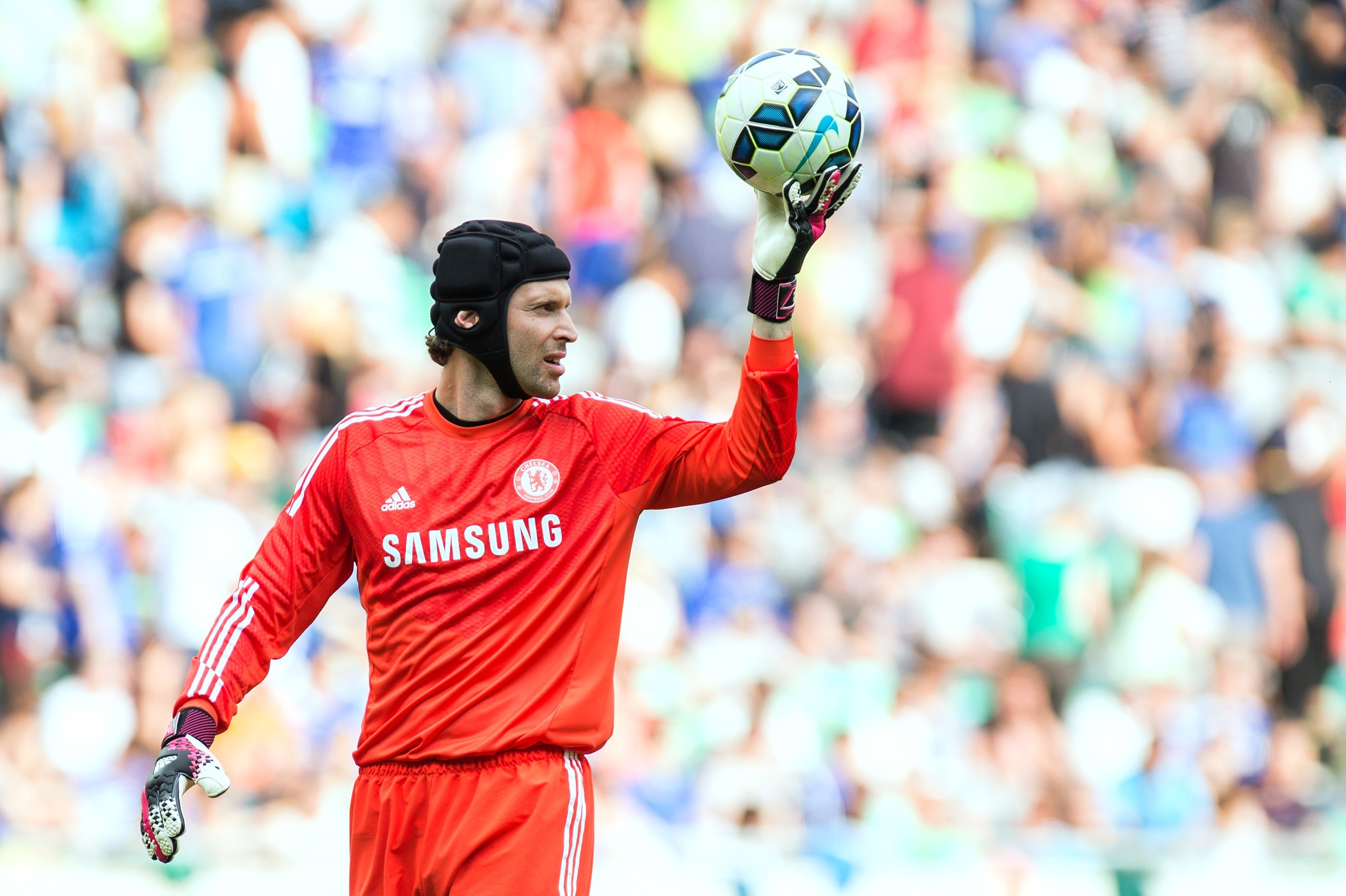 Here at Soccer Transfers we have been saying for some time now that Arsenal needs to sign a world class goalkeeper if they are to have any hope of winning the Premiership and progressing to the semi-final of the Champions League.

One such player of this calibre is available this summer in the form of Chelsea’s Petr Cech, who if we lived in a world where players could decide which clubs they wanted to join would be allowed to change his daily commute to the Emirates instead of Stamford Bridge.

The 32-year-old keeper is expected to leave Chelsea this summer after being relegated to being their No.2 behind Belgium international Thibaut Courtois.

This morning both the Sun and the Daily Telegraph claim that Arsenal is interested in signing Cech after deciding that current keepers David Ospina and Wojciech Szczesny are just not good enough.

The Telegraph claim that any move to the Emirates will ultimately come down to the decision of Chelsea owner, Russian billionaire Roman Abramovich.

According to Arsenal insider Jeremy Wilson, “Cech and his family are settled in London, and while there will be other offers from across Europe, Arsenal would clearly be a tempting option.”