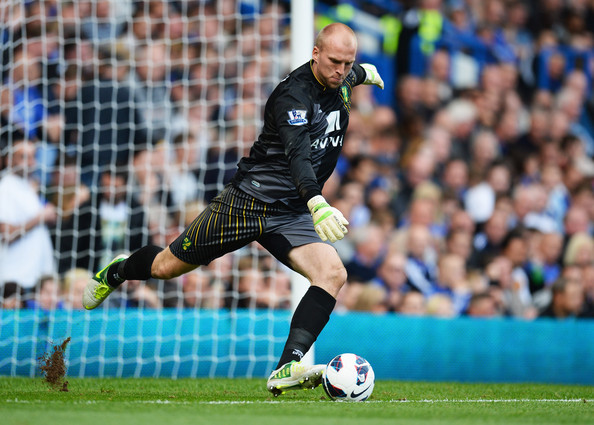 Yesterday the news was out that Arsenal was prepared to pay £15 million for Cardiff City’s Scottish international goalkeeper David Marshall, but in the end it was the keeper’s price tag that proved to be too much.

Today however the Daily Mirror is reporting that they have found a cheaper alternative in Norwich goalkeeper John Ruddy, and think that his top-flight experience gives him the edge over other candidate Alex McCarthy.

The 27-year-old has vast experience that Arsenal manager Arsene Wenger thinks will prove to be stiff competition for current Arsenal number one Wojciech Szczesny and with a price tag of just £6 million he is more in line with the amount of money the Gunners want to pay for a backup goalkeeper.

Arsene will however face still competition from Crystal Palace with manager Tony Pulis also wanting to sign him for the Eagles after Ruddy had an impressive season for relegated Norwich.