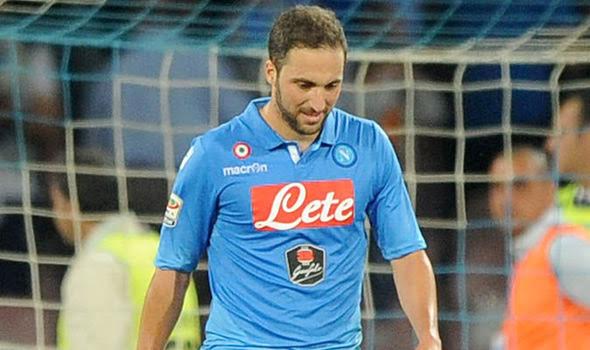 Despite all the news linking Arsenal to Real Madrid striker Karim Benzema, Arsenal manager Arsene Wenger now has another option available with Napoli trainer Maurizio Sarri saying that he is prepared to let Gonzalo Higuain leave, after the Argentinian international refused to sign a new contract with the Serie A club.

According to reports coming out of Spain Rafa Benitez’s replacement is well aware that he will never get the best out of a player who does not want to be in his team, and is prepared to bite the bullet and sell the 27-year-old who has scored 53 goals in 102 appearances since arriving from Real Madrid for £32 million back in 2013.

At the time Arsenal were also interested in Higuain, and could well be again if they fail in their attempts to bring Karim Benzema to the Emirates.