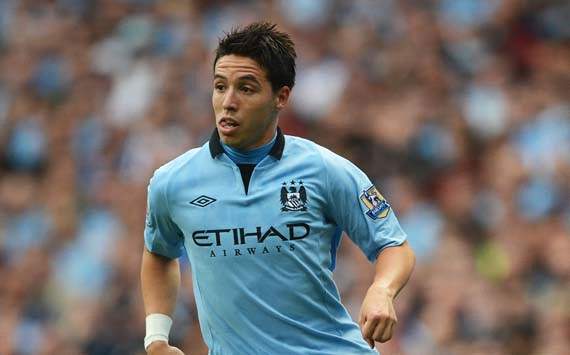 Sami Nasri’s move to Arsenal in 2008 is being investigated by the French Authorities. It follows the arrest of Marseille’s current president Vincent Labrune, and his two predecessors Jean Claude Dassier and Pape Diouf.

The arrest comes on the heels of a two year probe into an alleged commission paid as part of the move that took French Andre-Pierre Gignac from Toulouse to Marseille in 2010.

Although, Sami Nasri’s transfer to Arsenal is further back as it happened over six years ago, reports in France claims that the Authorities are extending their investigation into earlier deals to ascertain if there was any evidence that would lead to any illegal payment made by the Marseille hierarchy at the time.

The 27 year Sami Nasri was signed from the South France club in 2008 for a fee of £12 million as a direct replacement for Alexander Hleb who left for Barcelona that summer.

Olympic Marseille are no strangers to controversy. They were at the heart of the biggest scandal ever experienced in French football in the last eighties and early nineties during the reign of Bernard Tapie as president of the club.

They were involved in a large scale of match fixing that rocked French football following the revelations.

Arsene Wenger was the manager of Monaco at the time and he held the view that the match fixing adopted by Marseille denied Monaco the chance of winning more Ligue 1 titles during his time at the club.

Wenger has had a fractured relationship with Marseille since that match fixing episode.

However, it has cooled in recent years, yet this new revelations of illegal payments would inevitably bring about echoes of the past about Marseille’s involvement in match fixing.

Arsenal is not the only Premier League club that would have a transfer of a player investigated. Chelsea’s signing of Didier Drogba from Marseille in 2004 is still under scrutiny as the investigation is widening to check for any trace of illegal payments.

Sami Nasri moved from Arsenal to Manchester City in 2011 in a move that did not go down well with several Arsenal fans.

With this on-going investigation, it would inevitably bring back memories of his past as a player of Arsenal.