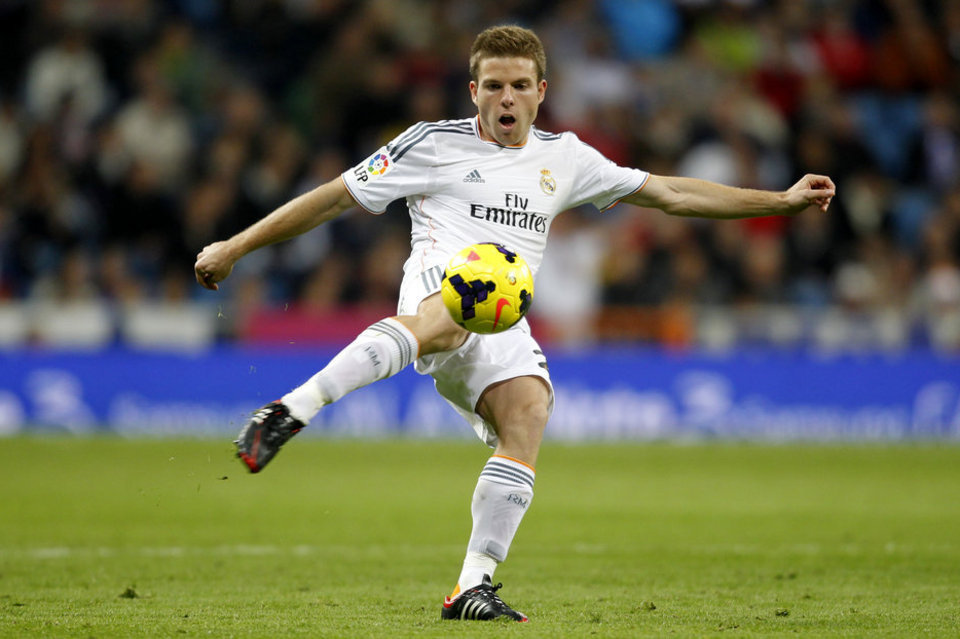 Arsenal target and Real Madrid midfielder Asier Illarramendi is set to leave the Santiago Bernabeu if he does not get more playing time in the wake of the injury to Luka Modric. This is according to reports.

The Croatian central midfielder has been ruled out for three months, and Asier Illarramendi sees it as an opportunity to stake a claim to the first team shirt in the Croat’s absence.

He has largely been relegated to the substitute’s bench this season with Toni Kroos and the aforementioned Lukas Modric, the preferred first choice in central midfield for Carlo Ancelotti.

With Sami Khedira and Isco still options that could sit in for the injured Luka Modric, he could still find it hard to break into the team.

Asier Illarramendi has played just 191 minutes of league football this season with his role restricted to just one start and late cameos in matches.

He was part of Florentino’s Perez spending spree in the summer of 2013 after his €32.2 million signing from Real Sociedad, so far he has been a bit part player at the European champions.

But his wanting to force a move away from Madrid if his situation does not improve his good news for Arsenal, as Arsene Wenger has remained a long term admirer of the central midfielder.

He was constantly linked to the North London club before he moved instead to Real Madrid.

The report claims that Arsene Wenger is monitoring the situation and that the player is ready to force a move away from Real Madrid if Carlo Ancelotti does not give him more playing time in Lukas Modric’s absence with a long term injury.

Asier Illarramendi is typically a deep-lying midfielder. He was an instrumental figure in a Real Sociedad side that finished fourth in la liga in the 2012/2013 season.

Part of that performance that season earned him a move to Real Madrid in 2013. Prior to that, many observers saw him as a viable candidate for Arsenal in its troubled defensive midfield position.

However, he was signed by Real Madrid as the heir apparent to Xabi Alonso who left Real Madrid in the summer for Bayern Munich, yet the signing of Toni Kroos and the form of Lukas Modric has blocked his path to the Real Madrid first team.

And now that injury, he feels it is an opportunity for him to be given the chance to play for the first team, failure of which he would ask for a move away from the European Champions.

He could provide Arsenal with another option as the club seeks to get in a defensive midfielder that would bring steel to the Arsenal midfield.

The Spanish league has about a month to run before it goes on a two weeks winter break, it would be interesting to see whether Asier Illarramendi more playing time between now and that time, because going by the reports, any transfer would be triggered if he does not get more playing time in the coming weeks.