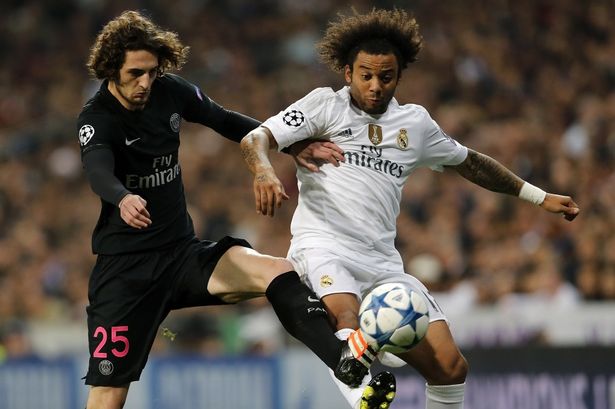 Arsenal boss Arsene Wenger is according to the Daily Telegraph eager to partner Paris Saint-Germain central midfielder Adrien Rabiot, with new signing Mohamed Elneny, and will use the prospect of regular first team football as a carrot to get the 20-year-old to leave the Parc des Princes.

Rabiot is worried that his lack of first team football with the French Champions is hurting his chances of being selected for Didier Deschamps Euro 2016 squad, and with that in mind asked to be able to leave the club last month, as per the Daily Mirror, who claim Arsenal may be able to sign him for around £15 million.

The Mirror goes on to say that he is now being heckled by the Paris faithful for asking to leave, which is adding to the talk of him jumping ship this month.

As for Arsene Wenger and his stealth moves in the transfer market, it would appear as though holding midfielders were like buses for the Frenchman, you wait for what seems like ages and then all of a sudden they all arrive at once.

Well we all know the answer to that now, and it is that at some point Francis Coquelin would get injured, and that the team would struggle to find cover.

Perhaps this is why Wenger moved so quickly to get Elneny signed up, and is now eager to bring the young Frenchman on-board as well.

Rabiot is considered to be one of Frances best young talents renowned for not only the way he reads the game, but also accurate ranges of passing skills, and if it was not due to the fact Italian international midfielder Marco Verratti had nailed down a spot in manager Laurent Blanc’s starting XI, Rabiot would be playing each week.

Arsenal is not the only team interested in the French youngster with Tottenham said to be interested as well, but with both Eric Dier and Dele Alli playing well their interest has cooled.

Italian Serie A giants Inter Milan would like to see Rabiot move to the San Siro, but given the fact the Telegraph claims they would be looking for a loan till the end of the season, Arsenal now becomes the front runners for his signature.