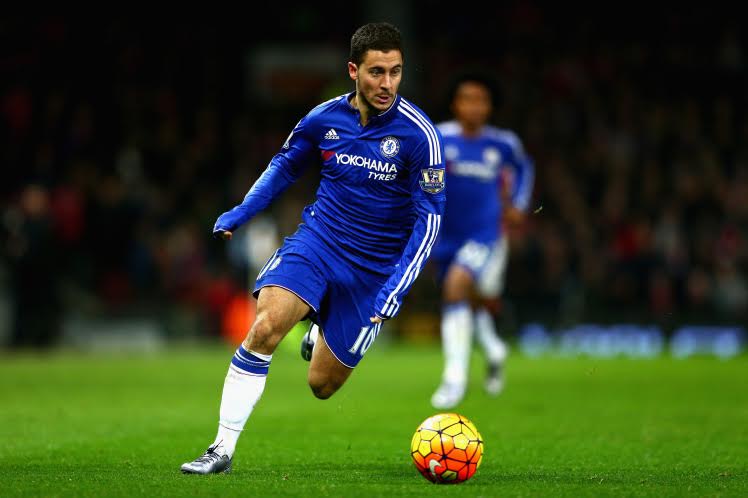 Real Madrid is preparing to make Chelsea an offer for Eden Hazard according to Metro, and it will be a figure big enough to make Chelsea owner Roman Abramovich sit up and take notice.

The 24-year-old Belgium international has gone from being the Football Writers Player of the Year in 2014/2015 to a player yet to score a goal for the Blues this season.

Hazard appears to be a shadow of the player his once was leading us to ask what could possibly be causing such a talented player go from world beater to has been in the space of just six months.

Looking from a distance it seems strange that real Madrid president Florentino Perez would make a venture into the January transfer window given the fact Real Madrid already has such a huge pool of talented players to select from.

Yet if you look closely all is not well in the Spanish capital with Colombian international James Rodriguez not getting along with trainer Rafa Benitez, while new signing Mateo Kovacic is not getting the amount of playing time he expected when joining in the summer from Inter Milan.

The real story however is the fact Manchester City manager Manuel Pellegrini has always liked Isco from the time the two were together at Malaga, and was disappointed when the boy from Benalmadena opted to join Real Madrid rather than move to England.

The shoe now is on the other foot with Isco looking to leave the Santiago Bernabeu and move to Manchester, allowing Perez to make a move for Hazard that will cost far less than it would have had the Belgium been banging the ball in the back of the net.

Conspiracy theorist might point out that this could have been Hazards plan all along and should we see a vast improvement in the way he plays if he does go to Madrid we will know that he took not only Chelsea but us the fans for a ride.