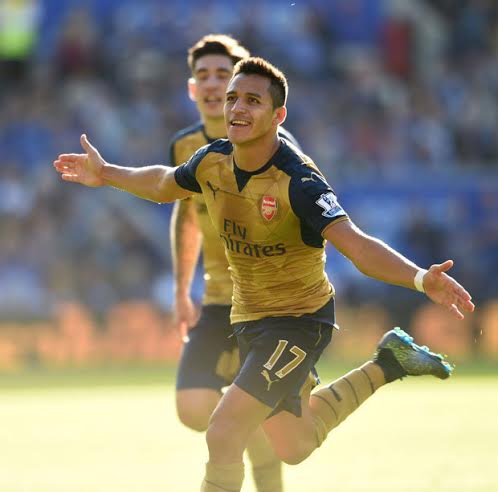 Arsenal have set themselves up nicely for a big week of football following a very convincing 5-2 win over unbeaten Leicester City at the weekend to go fourth in the table, as they now prepare to host Greek side Olympiakos at the Emirates Tuesday night, as part of their latest Champions League campaign before taking on league leaders Manchester United in north London on Sunday.

Gunners boss Arsene Wenger is confident that they will win midweek, while looking forward to taking on United at the weekend while issuing what may sound like a warning to Red Devils boss Louis van Gaal.

Wenger said: “It has been two weeks and the league is tight again.

“You have to be consistent and that is what we focus on.

“I feel like the quality of our game is getting better week by week.

“Overall we are finding the level back that we showed at the end of the season.

“We came to Leicester who have not lost this season and the fact that we came here and won in a convincing way was important for the confidence as well.

“I’m just glad I did my job for the team and the fans. I’m not too concerned about the result.

“I have had 30 years of football and I know what is important and that is good football.

“What you want is to manage a team that enjoys to play together and gets better every week.”