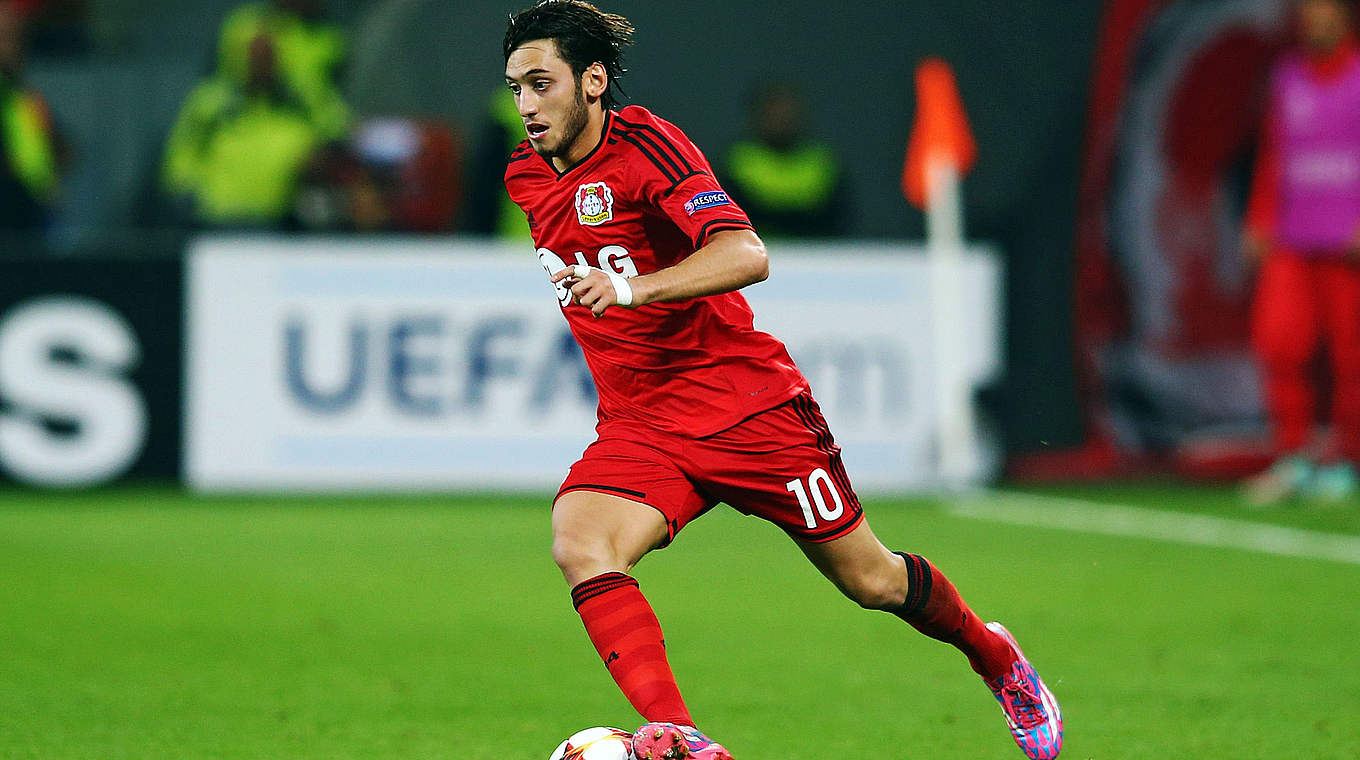 According to reports in Holland Manchester United is preparing to battle AC Milan for Bayer Leverkusen attacking midfielder Hakan Calhanoglu.

The 23-year-old Turkish international has a reputation of being one of the world’s best dead ball specialists since becoming a pivotal figure in the Bundesliga clubs side.

Claims say that Manchester United made an unsuccessful bid of 40€ million towards the end of the summer transfer window, and will make another approach in January, this time knowing that they will have to compete with the Italian giants for his signature.

You can see why both clubs want to sign him by watching the video below.