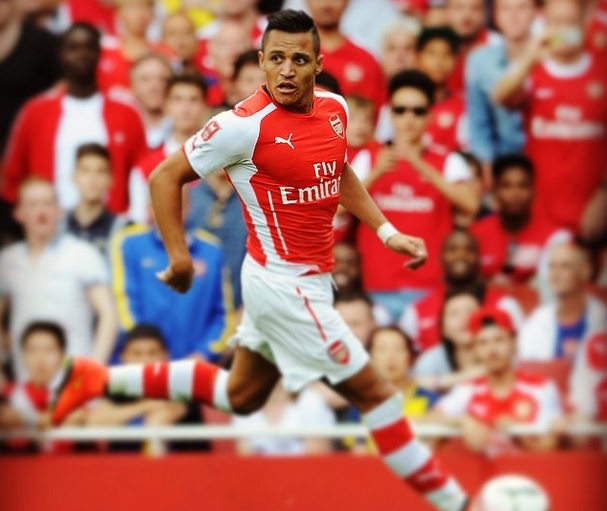 Arsenal manager Arsene Wenger is blaming the decline of street football in Europe as the reason behind the decline of hungry goal scoring strikers when compared to their Latin American counterparts such as Chilean Alexis Sanchez.

Since joining Arsenal in the summer the South American has scored eight goals in 15 appearances for his new club.

“When football is more formalised, it’s less about developing your individual skill and fighting attitude. We’ve lost that a bit,” Wenger said while being interviewed by the BBC.

“Maybe it’s because in Europe street football has gone. If you go back 30 or 40 years in England, life was tougher.”

The 25-year-old striker joined the Gunners from Barcelona, and it was the skills he learned while playing street football that give him the edge over home-grown players.

“We’re much more protective and have all become a bit softer,” Wenger said.

“In street football when you’re 10-years-old, you want to play with 15-year-olds. Then you have to prove you’re good, you have to fight and win impossible balls.”

Wenger points out that in Sanchez he sees the fighting spirit reminiscent in the fabled defence of the 90’s when he first took over the club.

Wenger added: “He reminds me of the first generation of English players that I had – Lee Dixon, Steve Bould, Tony Adams, Nigel Winterburn, Martin Keown. This kind who is just ready for the fight.”