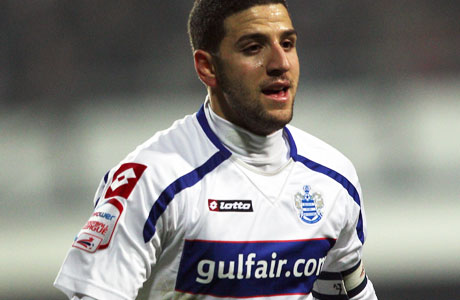 The Morocco play-maker impressed Manchester United’s boss and coaching staff in the Rs’ 3-1 loss at Old Trafford on Saturday.

And with Fergie set to offload Portugal winger Nani while also losing faith in Ashley Young, Taarabt is being looked at as a possible replacement.

The 23-year-old was not a favourite of new QPR chief Harry Redknapp during their time at Spurs.

Redknapp never started Taarabt in a Premier League game and allowed him to go on loan to Loftus Road before he was sold for good in a bargain £1million deal prior to the 2010-11 season.

So if Redknapp could get good money in for the mercurial but inconsistent Taarabt, he would be tempted to let him go.

Ferguson knows Taarabt is still a work in progress but also recognises that, on his day, he is capable of running a game against the best sides the Premier League has to offer.

In contrast, Nani and Young have failed to set the world alight for United in recent months.

Nani has made just 15 appearances in all competitions this term, scoring two goals.

England international Young, meanwhile, has played five games fewer than Nani and has yet to score.