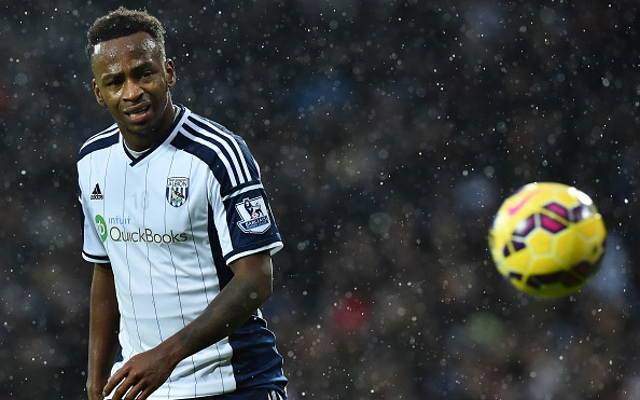 West Bromwich Albion manager Tony Pulis is bracing himself for a massive bid from Tottenham, for his England U-21 international striker Saido Berahino according to the Daily Telegraph, who is saying that Spurs will offer the Midlands club £15 million for the 22-year-old goal scorer.

“If there’s an unbelievable offer for Saido then nobody turns it down,” Pulis said.

“Tottenham didn’t turn it down for [Gareth] Bale, Manchester United never turned it down for [Cristiano] Ronaldo – you just don’t do it.

“To say he’s not going to go is wrong for me, but it’s going to have to be something special.

“We don’t want him to go, I personally don’t think it’s right for him to go. He’s playing regularly here and he’s almost the main man.”