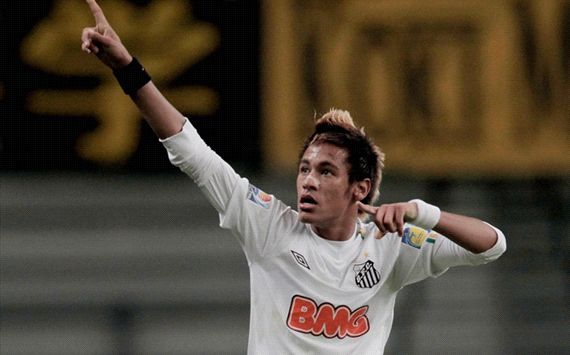 Former Santos official Vicente Cascione has claimed that Neymar will leave the club for Bayern Munich in the summer transfer window to link up with former Barcelona coach Pep Guardiola.

Barca are believed to be sitting in pole position to sign the 21-year-old, with the Brazil international having planned a trip to Catalunya after the Confederations Cup to discuss a potential transfer, while Real Madrid are also closely monitoring the attacker’s situation.

However, Cascione has insisted that Neymar will move to the Bundesliga instead and has already wrapped up a transfer to the Allianz Arena.

“I have this information first hand. Neymar has signed for Bayern Munich. It’s already a done deal,” Cascione wrote on his blog.

“I am not speculating here. This information is irrefutable. From August this year on, the player will be part of Bayern’s squad.

“So his next destination will not be Spain, like many expected. He’s not going to Barcelona or Real Madrid. He will go to Germany.”

However, Bayern were quick to move to deny the rumours, with club spokesman Markus Horwick telling T-Online: “This is complete nonsense. There’s absolutely no truth in these claim.”

Neymar has a contract with Santos until after the 2014 World Cup and his current club have so far insisted that he will not leave this summer.

Nevertheless, the attacker is keen to test himself in Europe and could be tempted to leave Santos this summer under the right circumstances.